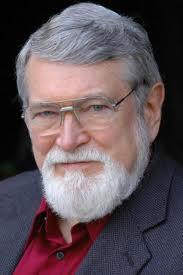 This simple frame helped me see the extent to which the global citizen resistance against the corporate misuse of multilateral trade agreements was a contest between competing stories—one fabricated to serve the interests of Empire; the other an authentic story born of the experience and aspirations of ordinary people. According to the story fabricated and promoted by Wall Street’s PR machine:

The use of multilateral trade agreements to eliminate national borders as barriers to the free flow of trade and investment is bringing universal peace, prosperity and democracy to all the world’s peoples and nations.

Wow, that sounds wonderful. But even in the early 1990s it was becoming evident that the reality was quite different.

A group of some 50 citizen activist-leaders from around the world began meeting in 1994 to share their actual experience with these agreements. They found a consistent pattern of results wholly contrary to the corporate story, broke the silence and spread the real story:

Multilateral trade agreements are freeing global corporations from restrictions on their ability to exploit workers, ignore community interests, circumvent democracy, pollute the environment and expropriate the resources of poor countries, with devastating consequences for people, community, democracy and nature.

Just as fabricated stories are an instrument of social control; authentic stories are an instrument of liberation. Although corporations controlled the money and the media, the civil society story trumped the corporate story, because it was true to what people were actually experiencing. The awakening of public consciousness changed the political context of corporate-sponsored multilateral trade negotiations and brought them to a near standstill.

A similar process is now playing out. The fabricated story that there is no alternative to the existing Wall Street system is being challenged by the New Economy story that it is possible to create a world of strong communities and living economies. People across the United States and the world are organizing to make the new story a reality in the places where they live.

The New Economy story that we humans are capable of creating a vibrant, peaceful, cooperative world bursting with life resonates deep within the soul of all but the deeply psychologically damaged. Once that connection is made between a possible human future and the soul’s deepest yearning, the lies of Wall Street advertisers and propagandists are exposed and trance is broken. We are liberated to take responsibility for our future and get on with living the world of our shared human dream into being.

New Economy messages are spreading through countless conversations to challenge the false claims of the fabricated stories of the old economy culture that:

As pointed out in previous New Economy 2.0 blogs, in fact:

Story power is the ultimate power. Authentic stories liberate the human consciousness, build immunity to cultural manipulation and give us the courage and insight to create a world of peace and prosperity for all.

Readers: What’s your take on human nature? Share your story on Talkback!