Will Corporate CSR Positions Grow or...

Will Corporate CSR Positions Grow or Disappear as Responsibility Becomes a Core Function?

The C-suite seems bitterly divided over the future of corporate CSR positions. 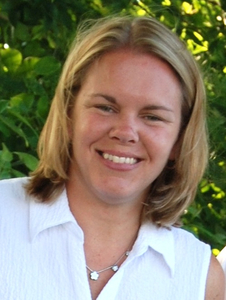 When PR specialists Julia Bonner and Adam Friedman, of New York-based Adam Friedman Associates, came up with the idea of surveying Fortune 500 leaders about their CSR efforts, they expected to clarify basics: how many companies were actively engaged in CSR efforts and how and why those efforts were implemented within companies.

What they found instead was a deep divide between C-suite executives on the future of CSR positions within companies.

Inspired by the steady rise of CSR initiatives and, especially, the number of companies engaged in CSR reporting, Bonner and Friedman created a 25-question survey and sent it out to more than 500 company executives in the first quarter of 2012. Seventy-seven responses informed the conclusions they published in a new report aptly titled Corporate Social Responsibility: Who’s Responsible? Finding an Organizational Home for an Increasingly Critical Function.

As Friedman and Bonner note, CSR reporting, in particular, has grown exponentially in the past decade. In 1999, fewer than 500 companies issued CSR reports while, almost 3,500 companies measured their environmental footprint and set goals to improve it as of 2010.

From their vantage point in public relations, Bonner and Friedman have been watching the evolution

of CSR as it unfolded, but this study allowed them to get an inside look at why companies engage in CSR. “It is clear that CSR has been rapidly evolving over the past several years, but we wanted to see in what direction it was going and what the future might look like,” said Friedman. The questions they crafted aimed to get at the heart of why companies engage in CSR and how it was supported within the company.

What they learned was that companies have internalized the “doing good is good business” lesson very well, with the top motivation reported for engaging in CSR being enhanced reputation (88 percent). Tied for second on the motivational scale was competitive positioning and social consciousness (71 percent), with profitability weighing in at 56 percent.

Although it is disheartening to see social consciousness as a potential third on the list of motivations, this data does suggest that businesses rally behind a business reason to incorporate CSR before a purely altruistic one. However, does listing boosting reputation as the primary motivating factor mean that some respondents might be veering dangerously close to green washing?

However, Friedman countered that the goal of a business is first and foremost to generate a profit, although “profitability and social good now reinforce one another,” whereas in the past these two efforts might have run at odds.

“We all want to believe that a company has a soul and a heart. But the truth of the matter is that a company’s first responsibility is being profitable. There’s no getting away from that. And, that said, there is a need for companies to say, ‘Ok, we’re profitable, but we’ve got to, at the same time, be socially responsible,’” Friedman said.

Another finding that supports this: responding companies report branching out from creating CSR initiatives in response to environmental issues and pressures, to widening the CSR umbrella to

encompass social, health, diversity, labor and safety issues. The study concludes that, “CSR has grown to include almost any issue or concern that affects the operations and reputation of the company.”

Ignore CSR at Your Own Peril

More than two-thirds of responding companies (67 percent) say that they believed not engaging in CSR would have a negative effect on reputation and some companies cited a profitability hit (20 percent). However, the overall message is that CSR is important to business success.

Most CSR Efforts Have Top-Down Support

How are most CSR efforts being implemented? Fifty-six percent of respondents reported that their C-suite and board are very involved while 44 percent reported their C-suite was "somewhat involved in forming CSR strategy."

Careers in CSR: A Passing Fad?

Perhaps one of the most surprising responses Bonner and Friedman received was that some executives believe that as CSR evolves, CSR positions will gradually disappear.

With many CSR pundits believing that CSR should be integrated into the fabric of the company in order to be truly effective, is this acknowledgment by practitioners indication that companies are succeeding?

Although Friedman and Bonner don’t specifically ask this question, some companies like Intel [NASDAQ: INTC] and Stonyfield are tying employee compensation to the completion of sustainability goals while others are including them in new employee job descriptions. If this trend continues, some executives believe that perhaps there will no longer be a need for a siloed CSR department if every employee is doing their part.

“Our task is to embed this (CSR) into the consulting services we provide to our clients. We need to focus on integration. If we’re successful, we won’t be needed.”

David Katz of Viacom [NASDAQ: VIA] disagrees. He also believes that CSR should be integrated into operations, but said:

“I would argue that the (CSR) positions aren’t going to go away; they are actually going to grow. You’ll see leadership of organizations adding C-level executives as it becomes a strategic priority for the highest levels of companies.”

But Friedman believes the future holds the best of both worlds.

“One of the important findings is that this is becoming part of the job descriptions of many executives and the social fabric of the company itself and, really, a part of everyone’s responsibility. However, there is still a need for the corporation to identify its (CSR) goals and business objectives. We don’t see the corporate CSR department disappearing. We see that it is growing in importance, so both things are happening at the same time.”

Social Media & CSR: You Can Never Interact Too Much

of companies saying they disseminated information using the company website, 72 percent through their CSR reports, and 54 percent used social media.

“Another thing I found interesting is the way that people are using social media to really communicate about their efforts. It’s about engaging with consumers and stakeholders who would like to know what they’re doing, why it’s important, and how it will impact the business. It shows how important it’s gotten to make that (CSR) message clear and distinct with everything else going on inside the company,” Bonner said.

Andrea Newell has more than 10 years of experience designing, developing and writing ERP e-learning materials for large corporations in several industries. She is an editor at TriplePundit and writes about CSR, sustainability, innovation and women and girls’ issues. Follow her @anewell3p on Twitter.