Myanmar And Me: In Conversation with...

Myanmar And Me: In Conversation with Joseph Stiglitz

Will Myanmar repeat the mistakes of global capitalism, or can it chart an approach better balanced with human and environmental needs? 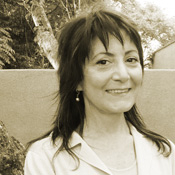 Myanmar (formerly Burma) is filling my geopolitical CSR radar screen. President Obama just came back from the first-ever trip by a U.S. head of state to that country, where he met with both Aung San Suu Kyi and Myanmar’s reform-minded president, Thein Sein.

In September, in his debut United Nations speech, President Sein made a media splash talking up democratic reforms that – his exact words – “could never be reversed.” He topped it by praising Aung San Suu Kyi, whom his country held under house arrest for more than a decade.

Within a few days of that speech, Myanmar again.

This time, it was at a meeting where Joe Stiglitz encouraged the opportunity to “get it right” in Myanmar’s emerging policy infrastructure. I’ve lately come to think of Joe as an Economist of the People. His new book, The Price of Inequality, has a down-to-earth style and appeals for a morally informed, practical basis for greater economic fairness.  See if you agree in this fun interview with Jon Stewart on The Daily Show.

I met Joe over coffee and danish at the UN Millennium Hotel, where Chair John Ruggie and the Institute for Human Rights and Business (IHRB) hosted a breakfast gathering in September. Joe said that at this formative stage of judicial and economic developments, “companies that are strong in social responsibility” could have an important influence on emerging investment policy and law for the

country. At this, IHRB’s Ruggie strongly recommended that adhering to the “U.S. Reporting Requirements for Responsible Investing in Burma” should be required for listing on the stock exchange.

When I asked Joe to describe the hallmarks of socially responsible companies, he pointed to several of his fellow panelists, who included representatives from GE and Coca-Cola, and what they had just described they are currently doing in Myanmar.

What I surmise they are doing is being very careful.

They are negotiating the dark alleys of a commercial system that lives on the black market and where bribery is so firmly embedded in the culture that, as one panelist put it, “nothing gets done without a payoff.”

Granted, I am just learning about Myanmar. It is fascinating to observe a petri dish where the corrupt slinks over for the more transparent, where the authoritarian chokehold opens a bit for the democratic, and – heaven help us – where transnationals can influence the ethics and standards of a country even as it gestates and emerges from the cocoon.

Part of the Predicted “Tsunami of Corporate Accountability?”

Later, under buttonholed pressure as he made for the exit, Joe admitted to me that while so-called socially responsible investments seem to outperform the market, the reasons are not magic. Management at those companies simply predicts trends better; I presume he meant the behaviors that would be preferred in their commercial and investment markets.

But I’m left with a chicken in one hand and an egg in the other. In either case, the companies that foresaw “‘the coming tsunami of corporate accountability,” as we called it in 1999, fared better than those who didn’t.

But if Joseph Stiglitz is right, maybe those transnationals who’ve drunk the citizenship Kool-Aid® will fare better than others in Myanmar – and Myanmar will have enjoyed their influence. As for me, this democratic capitalist would sleep better at night if the old principle of checks and balances were in place first.

To that point, Dan Baer, an impressive Deputy Assistant Secretary in the U.S. State Department, added at the breakfast meeting that as of July, U.S. companies must adhere to Reporting Requirements on Responsible Investing in Burma. This is very good news – but not all countries are imposing that requirement on their own domiciled companies. And while the State Department guidelines are right-spirited, could they be any more responsible than “generally accepted standards”? We all know how effective those are.

In any case, it would be sweet if Myanmar could at least sidestep the seemingly inevitable capitalist trap of growth at the expense of the demos’ own happiness. Sadly, it appears China’s already gone

down that same path, as the West has, according to the Chinese people’s Unhappiness Trend described by the University of Southern California’s Department of Economics last April.

Joe, using history as a guide, I think we can do better than leave influence to the self-interests currently charting the Burmese waters.

After all, in your book you advocate for checks and balances and regulation that represents “the community” that is our nation, right? I realize I put you on the spot on that dais with your corporate seatmates, but let’s think about what you said: Myanmar is tabula rasa, a fragile newborn. How often do we get to watch democratic capitalism learn to walk and talk? What nutrients can we offer, or at least, lessons learned from our own failures?

Instead, it would be a marvelous opportunity if Myanmar could draw on the wisdom and impeccable integrity of a blended-value consortium of 21st century corporate citizens and NGO practical advocates of social wellbeing – an economic midwife-in-waiting. But how do we identify them? And how would such a consortium hold itself together, no less counsel Myanmar?

Could the Clinton Global Initiative pull that together? Would Hazel Henderson’s and Janine Benyus’ Biomimicry 3.8 models based on natural systems more easily help an off-the-books, agrarian culture like Myanmar’s bridge into a new and better model of capitalism? Can the lessons from Patricia Aburdene’s new book, Conscious Money, inform the deliberate evolution of a new global citizen?

What do you think?

Elsie Maio is on a mission – to empower high performing businesses to profitably align with the well being of humanity. Since 1983, she has been touted as a practical visionary in the field of brand strategy – helping clients get ahead of emerging global trends in business and society, long before it became fashionable. Since the late 1990s, Maio pioneered SoulBranding℠ - a multifunctional approach to merging The Golden Rule with high performance business practices.

Today, Elsie publishes and speaks frequently on the practical benefits and applications of the emerging business paradigm she defines as, Humanity, Inc.SM,  in broadcast and published media and as keynote at global conferences, foras, and other events. Connect with her on Facebook and Twitter.