Owning our Future: When Systems Theory...

A new book explores new forms of ownership for a more just and resilient society. 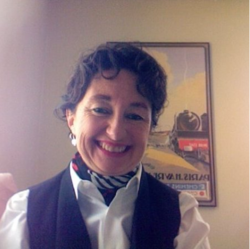 Marjorie Kelly has done it again.

The piercing insight and eloquent prose that distinguished The Divine Right of Capital grace every page of Owning our Future. In the new narrative, systems theory meets corporate design. The result is a guided tour of innovative ownership structures that are not quite conclusive, but far more than suggestive.

Owning our Future provides a useful reference not only for newcomers to values investing, but also for professionals struggling to keep abreast of new financing mechanisms that are rapidly supplementing traditional stocks and bonds.

The tone reflects Kelly’s careful observation more than her probing social philosophy; it reads like an Audubon guide, not a Hegelian diatribe. To read it is to walk through an enchanted forest with an old friend – a botanist who offers orientation every step of the way. As the species she highlights are often exotic varieties – from CDFIs to Community Land Trusts – she explains them at the introductory level that most readers need. By bringing a narrative voice to non-fiction, Kelly further broadens the potential readership.

Don’t be fooled by the accessibility of the text.

To saunter with Kelly is not only to gather a bouquet of good ideas. It is to practice economic

philosophy at its finest, considering how the seeming certainties of systems theory can help us prune the garden of investment vehicles. A great joy of the book is finding anecdotes of successful enterprises interspersed with apparently timeless truths that otherwise evade the social sciences: “System purpose reveals itself over time as a series of events” (p. 153) and “Systems behave differently when at or near limits” (p. 94).

It would be a pleasure to see game theory enter the conversation that Kelly has initiated.

The book’s affinity with game theory stems from its sophisticated focus on aligning the interests of players; outstanding in the field, Kelly does not expect radical reform to ensue only from giving companies a smaller scale or a local address.

Rather, she recommends a combination of governance reform with changes in the structure of ownership.

Kelly is clear that the former alone will fail if not accompanied by eradication of “absentee ownership.” The book gets to the heart of the matter: financial traders have no incentive to make sustainable or ethical decisions if they cut into short-term profits.  Indeed, Kelly’s diagnosis of where we’ve gone astray focuses on the segregation of finance and operations, which she terms “the extractive economy” and “the generative economy”, respectively (turning on its head the “makers vs. takers” theme with which Mitt Romney has glorified the absentee owner).

Kelly has laid the groundwork.

Future writers may deepen her analysis. One could ask, for instance, if CMOs are the primary culprit in the mortgage meltdown. The book hints at the role of risk fraud, but does not quite name it. Nor

does it question the government’s encouraging loose credit, rather than subsidizing low-income housing. An analysis thoroughly probing that debacle further would also note that mortgage originators were commonly compensated based on the volume of loans.

With this foundation in place, new questions arise:

Most urgent to any who sense Malthus sighing in his grave is a question that Kelly raises herself: “Can we sustain a low-growth or no-growth economy indefinitely without changing dominant ownership designs?” (p. 124)

Owning the Future marks a watershed moment in our collective quest for a “win-win” economy. Kelly has served an ace. Economists and philosophers can return the serve with nuanced considerations and historical examples that refine the models she has described. Marjorie Kelly’s newest publication means that the ball is now in play.

Susan (Wennemyr) Ware reviewed Marjorie Kelly’s The Divine Right of Capital for socialfunds.com. A co-founder of StakeHolders Capital, Inc., she teaches at UMASS-Amherst.