Ben & Jerry's was sold to Unilever 11 years ago. So why is there still so much emotion attached to the deal? 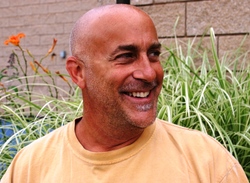 Law School professors Anthony Page and Robert Katz want us to believe that “a hybrid legal form is neither necessary nor sufficient to maintain a social enterprise,” and that all B corporation members, L3C Corporations, Benefit Corporations, and Flexible Purpose Corporations are merely exercises in ‘political entrepreneurship,’ and have wasted a lot of time, effort and money, as they write in their recent Stanford Social Innovation Review article.

Furthermore, they say that “when a (corporate) form has been enacted in one state, it is available to residents of every state” suggesting that all State legislatures have wasted taxpayer time, effort and money in enacting these structures. We could have had a Social Enterprise Delaware-style state (provided we need the hybrids in the first place) to maintain the aspirations of social enterprises.

Ben & Jerry's was sold to Unilever 11 years ago. So why is there still so much emotion attached to the deal?

Even though Jay Coen Gilbert and the B Corp team suggest that, “the primary objective of the benefit

And a great leader knows when to pass the torch.  We have been struggling with legacy strategies for mission driven companies as long as we’ve been talking about mission-driven companies.

Let's return to the story of Ben & Jerry's however.

The duo together created a brand with an emotional attachment that rivals Harley Davidson – absent the tattoos. Isn’t that what all brand managers strive for? Today, I am CEO of CSRwire. One of the reasons Meadowbrook Lane Capital purchased CSRwire was to build a digital media property as a ‘private stock exchange’ for mission driven companies, along with its fundamental business model of, distributing, archiving and interacting with news on these subjects.

A Mission-Driven Company: Where to Next?

Our plans were to take the publicly traded security of Ben & Jerry’s and convert those shares to a private security and trade them along with other mission-driven companies’ stock. Unilever offered to provide us the financing for the transaction in the form of a ‘loan’.  That never happened.

But, the idea had merit and Mission Markets is attempting to revive the initial idea of a trading platform.

Everyone involved in the transaction was attempting to fashion the best possible solution for his or her exclusive constituents. There were no ‘hybrids’ at the time. Sales of a publicly traded mission-driven company had not been challenged and Meadowbrook was a small team including lead negotiator Terry Mollner, Attorney James Steiker and investment banker Andy Torgove.

There was a lot of legal mumbo jumbo as Steiker, maneuvered the sea of suits.  After reading the SSIR article, Steiker shared some of his thoughts. "There is a long line of Delaware cases in the corporate takeover arena that focus on shareholder value as the primary or sole criteria for directors,"

he said. This is in contrast to the observations of Page and Katz who merely cite the Dodge case as evidence to the contrary. Jim writes a scathing article and admits that he would have gone deeper had he published in a 'Legal Scholarly Journal.'

A little know phenomena during the transaction was the fear that spread through the room when the ‘arbs’ started buying the stock. According to Steiker,

“When the offers became publically known, the stock was acquired in significant measure by arbitragers betting on the likelihood of sale. The market response, which was a significant jump in the share price at the time of the offer, reflect the market's belief that the founders would be unable to block the sale.”

The stock was going up and no one knew how far it would really go. Unilever wanted it. The fear was palpable. Furthermore, if the ‘arbs’ believed that the founders would attempt to block the sale, they would have dumped the stock, dropping it lower than ever and creating more complications in court.  It was a crazy and exciting time.

Again according to Steiker:

“The primary issue for Ben & Jerry's was that it was publicly traded and widely held and that its social mission practices enjoyed no special protection under corporate law. If the board had decided not to entertain offers at a significant premium or Ben & Jerry's had stepped in to replace the board, there undoubtedly would have been expensive and distracting litigation. It was much easier for the board to follow counsel's advice to view their fiduciary duty to shareholders in a more traditional way.”

This didn’t make us happy.

We finally settled on an independent board comprised of representatives from Unilever, other independents and two seats selected by Meadowbrook, while preserving the social and environmental initiatives dear to our hearts.

It’s been a long strange trip and it doesn’t look like it’s going to end.

Ben & Jerry’s will continue to be regarded as the poster child of our movement. A renewed careful analysis of the facts will surely help those of us still on the trail for a more economically just and environmentally sustainable society through the conduct of business.

The Real Truth About Ben & Jerry’s and the Benefit Corporation: Part 1

Some Real “Truth” About Ben & Jerry’s: A Lawyer's Perspective