When a CEO Turns Activist: Why...

When a CEO Turns Activist: Why H&M Wants Bangladesh to Increase Workers' Wages

Can Bangladesh afford not to increase minimum pay in the textile industry? One CEO thinks not. 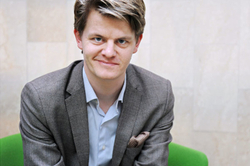 Although it is not usual for Prime Ministers to make time in their busy schedules to meet activists, Sheik Hasina of Bangladesh made an exception to the rule and met a human rights activist from Sweden on a recent Monday evening. And that is not the only thing that makes this story extraordinary.

The activist, still in his 30s and smartly dressed in a suit and blue tie, travelled all the way to Dhaka from his hometown in Stockholm to make the case for increasing workers' wages in the Bangladeshi textile industry. His argument: how the country of Bangladesh would benefit from a wage increase rather than the Bangladeshi worker.

Since foreign trade plays a major role in the development of countries' economic growth, the activist argued that it is in the interest of the Bangladeshi textile industry, as well as fashion behemoths like H&M with extensive production in the country, that the local industry continues to develop into an advanced and mature textile industry. In order to achieve this goal, people must be treated with

respect and employers must properly compensate their workers, the activist told Mrs. Hasina.

What makes this story unusual? The activist is Karl-Johan Persson, the CEO of H&M and one of the company's biggest shareholders.

As unions struggled to improve workers' conditions across Europe in the late 1920s and early 1930s, the interest for becoming a union member gradually decreased. In Sweden and the U.S. however, well-organized unions managed to obstruct production lines and issue industry-wide strikes resulting in a lot of their requirements for higher wages and better work environments getting met.

However, as a result of these achievements, Swedish and U.S. companies started looking at how production could be moved abroad to counter balance increased costs and remain as profitable as before.

The trend these companies started then has since become the rule. Workers across the world now face an ongoing threat of losing their jobs abroad if companies find a new place where people are willing to work as hard for less pay.

So it comes as a breath of fresh air – or an anomaly depending on how you look at it – when a billionaire capitalist asks unions and the public sector to raise the wages of his workers. And connects that argument with the country's economic future!

But then, Persson is hardly your ordinary CEO.

The Role of a CEO: Responsible Shareholder & Activist

Being the head of a company that thrives on our appetite for fast fashion, it is easy to assume  that he’s unconcerned with the fact that we tend to regard cheaper items of closing as more disposable than expensive pieces thus triggering unnecessary consumption. Even though more and more of those

items are being produced in a conscious way, it still has a huge environmental impact.

On a number of occasions both Persson and H&M's head of sustainability Helena Helmersson, have pointed to the company's mission of “fashion and quality to the best price” but never alluded to making higher quality products more moderately priced – and therefore more accessible.

Many have interpreted this as a hint of things to come at H&M, an search for new business models that include taking back garments after you grow tired of them (H&M has tried this in Switzerland), or renting your Friday party wear and returning it by mail for cleaning.

But let's take a step back to H&M's connection with Bangladesh.

The company started buying from Bangladeshi suppliers 30 years ago and it has since become one of their most important buying markets. Since the company does not own any of the factories, H&M cannot dictate wages.

In addition to working with suppliers to increase wages, H&M is now hoping that Persson's meeting with Bangladesh's Prime Minister will influence the government to increase the minimum wage, thus leveling the playing field for all companies purchasing from the country, including H&M competitors

Now Prime Minister Hasina has all the reason to pay attention to Persson’s argument as the result is likely to benefit multiple stakeholders with vested interests in the country's development.

Not only will increasing wages help Hasina be perceived as someone who works in the interest of the people, a wage revision can also help reduce poverty, therefore, bringing greater stability to the nation. For Persson, the increase could mean bringing employees and buyers together on improving productivity and generating resource efficiency in the country’s textile sector.

In a country where politicians have historically refrained from taking action in improving basic worker rights, this CEO-turned-activist's efforts could finally put to rest the common argument of the possibility of foreign companies picking suppliers elsewhere if costs – aka workers wages – were to increase.

A stable economy is in everyone's favor.