Democrats and Republicans: The Choice on...

Democrats and Republicans: The Choice on Energy

The future of the clean energy industry hangs in the balance in the current U.S. election.

The conventions are over and the election season has revved up in earnest. Both presidential candidates have referred to the election as a “choice.”

When it comes to energy policy, there are some areas of overlap in the two parties’ positions, but the fundamental differences couldn’t be starker. And the implications for the clean energy sector and the sustainability community are make or break.

In a year of record heat waves, fires, floods and drought, the two words “climate change” have been remarkably absent on the campaign trail of both parties -- until Obama made the promise at the DNC that he would “reduce the carbon pollution that is heating our planet, because climate change is not a hoax.”

The Democratic Party platform took an even stronger stance -- but few read it and less commented. It was a pointed rebuttal to Mitt Romney’s mockery at the RNC the week before: “President Obama promised to slow the rise of the oceans and to heal the planet. [Pause for audience guffaws.] My promise is to help you and your family.”

Many have pointed out since that global warming is no mocking matter -- it threatens the very survival of us and our families. But truth-to-snark aside, how different are the two candidate’s positions on climate change?

A clue can be found in written answers Obama and Romney both gave post-conventions to ScienceDebate.org’s question on the issue:

Obama: Climate change is the one of the biggest issues of this generation, and we have to meet this challenge by driving smart policies that lead to greater growth in clean energy generation and result in a range of economic and social benefits. Since taking office I have established historic standards limiting greenhouse gas emissions from our vehicles for the first time in history. My administration has made unprecedented investments in clean energy, proposed the first-ever carbon pollution limits for new fossil-fuel-fired power plants and reduced carbon emissions within the Federal Government.

Since I took office, the U.S. is importing an average of 3 million fewer barrels of oil every day, and our dependence on foreign oil is at a 20-year low. We are also showing international leadership on climate change, reaching historic agreements to set emission limits in unison with all major developed and developing nations. There is still more to be done to address this global problem. I will continue efforts to reduce our dependence on oil and lower our greenhouse gas emissions while creating an economy built to last.

I’ve been reading Michael Grunwald’s fascinating new book, The New New Deal, which is about the 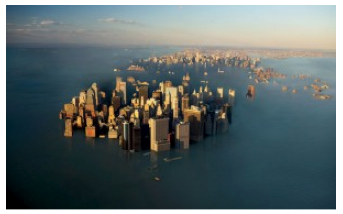 huge positive impact Obama’s much-maligned and misunderstood stimulus program has had on the development of the domestic clean energy industry (among others,) and it bears out what Obama claims in the first part of his answer.

However, it’s not clear that the historic low in “our dependence on foreign oil” has much to do with Obama’s promotion of clean energy: it has partly been driven by the boom in hydrofracked gas (which is far from clean, even in greenhouse gas emissions), by the recession, and by the growth in domestic shale oil production -- the dirtiest of dirty fossil fuel production. As with Obama, “energy independence” is a central meme of Romney’s energy policy, but it’s more explicitly tied to oil, gas and coal.

Now for Romney’s answer it’s much longer, so I’ll excerpt and summarize it. (Read the entire answer here):

Romney: I am not a scientist myself, but my best assessment of the data is that the world is getting warmer, that human activity contributes to that warming, and that policymakers should therefore consider the risk of negative consequences. However, there remains a lack of scientific consensus on the issue...and I believe we must support continued debate and investigation within the scientific community.

So, in effect, Romney thinks the “debate” on climate change is still open, despite the overwhelming scientific consensus (including a former climate skeptic funded by the Koch brothers) that human-caused climate change is real, happening now, and approaching critical tipping points. His nod to the threat of climate change is barely perceptible.

In his answer, Romney goes on to say that science “does not dictate policy;” he opposes “steps like a carbon tax or a cap-and-trade system,” claiming they “would handicap the American economy and drive manufacturing jobs away, all without actually addressing the underlying problem; and proposes 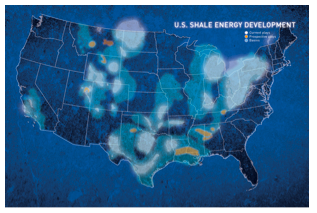 instead to promote “economic growth and technological innovation, not economy-suppressing regulation” as the solution to global warming.

The Republican Party platform did even worse.

It failed to mention climate change at all, except for lambasting Obama for elevating it to the level of a national security threat -- even though top level military commissions have been making the same warning for years. It’s all of a piece with Congressional Republicans’ move to cripple the DOD’s green initiatives, as Bloomberg News reported in May.

While Romney does say he supports “robust government funding for research on efficient, low-emissions technologies that will maintain American leadership in emerging industries,” he has taken positions elsewhere that contradict that, most notably coming out against the wind energy tax credit.

The Republican (Romney, Ryan and Congressional) opposition is already costing jobs in America’s wind energy sector -- 37,000 could be lost if the credit is not renewed. (Romney is in support of continued subsidies for fossil fuels, which Obama says he would like to cut.)

Another job-killing position Romney has taken is his opposition to Obama’s new vehicle fuel efficiency, or CAFE, standards, which environmentalists are hailing as the most significant step forward the U.S. has taken on controlling greenhouse gas emissions. Romney would roll them back. Campaign spokeswoman Andrea Saul said:

“Gov. Romney opposes the extreme standards that President Obama has imposed, which will limit the choices available to American families. The president tells voters that his regulations will save them thousands of dollars at the pump, but always forgets to mention that the savings will be wiped out by having to pay thousands of dollars more upfront for unproven technology that they may not even want.” 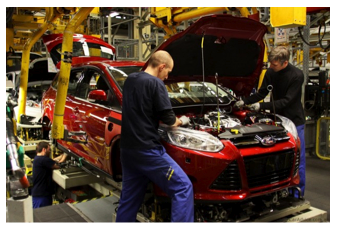 the Romney message. As the New York Times reported recently, “sales grew 19.9 percent in August despite higher gas prices during the month. Analysts said the wide range of fuel-efficient models on the market, particularly new small cars from the Detroit automakers, had helped spur demand and accelerate the industry’s recovery.”

The industry bailout has been credited with saving one million jobs and adding 45,000. (Romney’s 2009 prescription for the then-ailing auto industry was, you remember, to let it go bankrupt.)

New fuel efficiency standards aren’t the only regulations Romney wants to roll back. He’s criticized Obama’s EPA for moving ahead on the Clean Air Act’s oversight of carbon pollution, in concert with the Republican platform, which aims to “take quick action to prohibit the EPA from moving forward with new greenhouse gas regulations.”

He calls for significantly streamlining “the regulatory framework for the deployment of new energy technologies, including a new wave of investment in nuclear power.”

In addition to nuclear power, this means drastically shortening permit times on gas hydrofracking and offshore oil operations and opening up environmentally sensitive shorelines and the Arctic to no-holds-barred drilling.

It also means opening up public lands to oil and gas fracking and putting the permitting under state, not federal, control -- something that would make them especially vulnerable to exploitation by powerful fossil fuel interests. That disturbs even some Republicans, like Rob Sisson of ConservAmerica. He put out a press release stating:

“Public lands belong to all Americans and have been dedicated for the use and enjoyment of all Americans since the days of Theodore Roosevelt. These lands do not belong to individual states, any more than the Grand Canyon belongs to Arizona or Yosemite belongs to California.”

But Romney is not alone in supporting further development of dirty energy -- both candidates and party platforms say they support an “all-of-the-above” strategy, meaning fossil fuels and renewables; only the proportions are different (approaching zero for renewables in the case of Romney and the Republicans.)

Under Obama, new domestic oil production is at record levels. He also repeated the canard of “clean coal” in his DNC speech -- something that doesn’t exist and is unlikely to without decades of extremely expensive taxpayer support that would be better dedicated to scaling up the already-proven renewables sector.

Neither campaign is facing the salient fact that these resources need to be kept in the ground if we are to avert climate catastrophe. Nor will their exploitation result in energy independence, as economist Alan Krupnick has cogently pointed out. The surest, cleanest, most job-creating, family-supporting, entrepreneurship-boosting policy is to consign fossil fuels to the dustbin of history and go full sail ahead on renewables and efficiency.

Obama and the Democrats are tacking strongly in that direction. The Romney-Ryan ticket and the Republican Party is heading squarely into the gale-force winds of the past.