Weapons of Mass Description: An Argument...

With three big elephants in the CSR room (GRI, ISO26000 and IIRC), are we in danger of asking too much of companies and institutions? 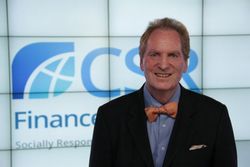 With three big elephants in the CSR room (GRI, ISO26000 and IIRC), are we in danger of asking too much of companies and institutions? Will the demand for lengthier and lengthier description requirements lead to increased reluctance to incorporate CSR?

We believe that there is an important argument for the pursuance of orthogonal – or statistically independent -- indicators as linchpins of CSR performance, particularly for small and medium enterprises (SMEs).

Too Much of A Good Thing?

In the pursuit of the highest (A+) rating from the Global Reporting Initiative (GRI), Nestle recently produced an impressive web-based 300-page report of indicators and data. Nestle can surely afford the expense involved, but in the greater scheme of things, is this the start of a worrying trend when it comes to judging CSR performance on the ground?

Besides GRI (which also links to communications on progress for the United Nations Global Compact), there are two other big elephants in the CSR (Sustainability, Shared Value, etc.) room: ISO 26000 and the forthcoming guidance by the International Integrated Reporting Council (IIRC). The IIRC will include “the sustainability reporting process of GRI to the preparation of an integrated report" and "is currently being tested by 70 companies."

Will slavish advocacy of these three complementary, voluntary standards, mean that those companies who simply can’t afford to generate and deliver such a comprehensive report, give up trying to measure and communicate on their CSR performance? Even worse, might they take this as a signal to disinvest in their CSR programs if they can’t compete on the Olympic stage of reporting on social performance? 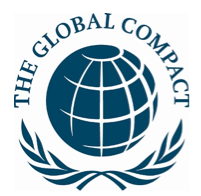 Nestle bravely showed for GRI3.1. The new G4 guidelines, which represent the GRI’s latest reporting guidance, extend to over 300 pages.

Furthermore, the management complexity of trying to implement the seven aspects of ISO 26000 could lead many companies to despair if they don’t have the resources to do so, particularly when it comes to SMEs. But it doesn’t follow that by not being able to do so, such companies are necessarily being irresponsible in the way in which they conduct their business operations.

Both documents mentioned above have been created by committees of well-intentioned and dedicated people drawn from across the spectrum. But, as anyone knows, committees tend to try to satisfy everybody and sometimes end up satisfying nobody. Clearly we need to promote CSR and monitoring and evaluation is crucial to inform the public on where our corporate institutions are leading us.

However, too much complexity in monitoring and auditing means the metaphorical tail could wag the dog too hard with unintended consequences in the sectors (e.g. SMEs) in which by number, most businesses exist.

We need to have much simpler reporting guidance codes that, while not diluting the perceived wisdom of more detailed standards, might help smaller companies embrace CSR and a sustainability agenda. 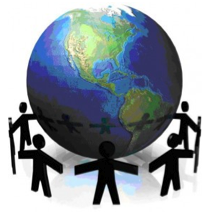 Using orthogonality in reporting standards can help us reach that goal.

An Argument For Orthogonality In Reporting Standards

When two performance indicators vary independently of each other, they are considered to be orthogonal. For instance, the carbon emissions of a plant are likely to be orthogonal to the color of the managing director’s wife’s dress. A manufacturing company that has low per capita carbon emissions compared with similar industries is also likely to use lead-free paint in its products.

This means that selecting and reporting on only one orthogonal indicator per performance issue is likely to mean a global space of fewer indicators than full reporting would entail. The fundamental point at issue here is to encourage all companies and organizations, irrespective of their size, to report on their social responsibilities for each key stakeholder group and to judge their directional movement toward supporting sustainable development.

Use of orthogonal indicators would reduce the need for lengthy reports and reporting and encourage the production of a succinct set of indicators.

For this purpose, as few as 20 indicators would be enough to monitor most aspects of social, economic, environmental and sustainability reporting for, as an example, SMEs. There is of course the risk that that this scenario might encourage the “cherry picking” of unrepresentative data and information. But with sufficient checks and balances, plus the attendant risks to organizational reputation if this was to be proven, would negate this possibility.

A Better Fit For Smaller Enterprises

We are not disputing the value of recently published and soon to be published reporting standards. But 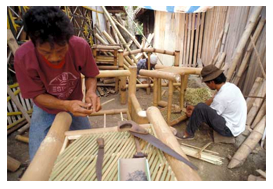 we are trying to draw attention to the risk of thereby creating a ’two-tier’ reporting capability with potentially undesirable knock-on effects on overall organizational CSR performance within and between sectors.

The main point however, is that we quickly need a set of standards that are readily accepted in terms of being credible, robust, and durable as linchpins of CSR.

Nobody would want such an initiative to lead to the promulgation of “Weapons of Mass Deception” as an alternative to what might currently be seen  as “Weapons of Mass Description” that may indeed prove to be the preserve of the few rather than the majority.