Finding Resilience in Crisis: The Benefits...

Finding Resilience in Crisis: The Benefits of Locally Rooted Banks 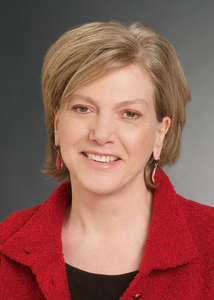 If news about banks these days is almost uniformly bad – with the LIBOR rate-fixing scandal, continuing mortgage troubles for many families, sluggish lending, and the rest – there’s a subtler story that is often missed.

There is diverse family of banks that are boons to their communities, and have been since the economic crisis began.

Cooperative banks, credit unions, community banks, and state-owned banks – those whose ownership is closely tied to community – generally have remained responsible lenders, unlike some of their larger brethren that pulled the financial sector toward the brink. For the most part, these community-oriented banks didn’t contribute to the crisis we’re in. Indeed, they might help point the way out, if we as a society start supporting them in a more systematic way. Recognizing that they form a coherent family of ownership design is key.

Most Credit Unions Weathered the Financial Storm…But Not All

Consider, for example, the nation’s 8,000 consumer-owned credit unions. At a time when mega-banks were receiving billions in bailouts, the vast majority of credit unions needed none. These customer-owned banks remained financially sound because they were conservative lenders, generally holding onto loans rather than selling them off.  That meant they had built-in incentives to care whether loans would be repaid.

On the other hand, a small number of their larger brethren – “wholesale” credit unions, which 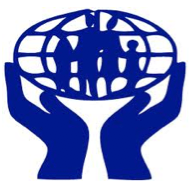 provided services to smaller retail credit unions – experienced billions in losses. The reason is they abandoned their community-based footing and dabbled in more exotic mortgage-backed securities.

Still another subset of community-oriented lenders is the nation’s 7,600 community banks, which are small and locally owned. An FDIC study found that in the period after Lehman Brothers fell and triggered crisis, banks with under $1 billion in assets remained the best capitalized, because their capital base had not been eroded by excessive risk.

Community banks were not immune to failures, and there have been some bailouts. But according to an analysis by the Independent Community Bankers of America, small banks were the only part of the industry to show growth in loans in the post-crash period. As big banks cut back, small banks continued to make loans to consumers and small businesses.

State-owned Banks A Haven of Safety

In the U.S., the Bank of North Dakota – the only bank owned by a U.S. state – remained impressively resilient during the crisis. With a loan portfolio of $2.8 billion, this bank operates by partnering with local community banks on loans, sharing the risk with them and expanding their lending capacity.

Thanks to this, North Dakota has four times as many banks per capita as the national average. Locally owned small and mid-sized banks have 72 percent of the market in that state. So striking are the community benefits from this bank that at least 17 other states are now considering starting their own state-owned banks.

Outside the U.S., the State Bank of India – 60 percent owned by the government, with a mission of uplifting the people of India – was also widely seen as a haven of safety as other banks were melting

down. In the three months after the crash of 2008, it saw its deposit base swell by 40 percent, as people rushed to bring their assets beneath its umbrella of safety.

In the Netherlands, Triodos Bank – whose mission is to make loans only to sustainable businesses – also saw deposits grow substantially after the crisis.

The U.K. saw an intriguing twist on this story. It’s a tale told by the New Economics Foundation in a white paper, The Ecology of Finance. The story has to do with “building societies,” which are member-owned banks similar to mutually owned savings and loans in the U.S. Their aim is not to maximize profits for investors but to serve their customers, who are also their owners.

From 1986 onwards, many building societies decided to convert to traditional bank ownership, in a process known as “de-mutualizing” – leaving behind their mutual or community ownership to become investor-owned. The result, NEF reported, was that after the banking crisis, not a single one of these converted institutions was left standing as an independent bank.

They’d all been absorbed into larger banks, or had gotten into trouble and had to be rescued. The most spectacular example was Northern Rock, a massive lender that so wounded itself it had to be nationalized by the U.K. government and kept afloatby tens of billions of dollars of public money.

“Just a year before its fall,” the NEF paper said, “the Rock testified to an all-party parliamentary group that ‘mutual status does not encourage efficiency.’”

Yet in a crisis, the reverse proved true. The supposed efficiencies of the investor-owned banking model led Northern Rock to dash itself to pieces on the rocks of the financial downturn.

These various banking models – building societies, community banks, credit unions, and state-owned banks – tell a story of banks for which lending remains a life-serving process. It’s important that we begin to see these various models as a single family of ownership design. In my new book Owning Our Future: The Emerging Ownership Revolution, I call it “generative design.”

It’s about enterprises that are designed to serve their communities. That’s in contrast to the dominant ownership design of today, which we might call “extractive” – aimed at extracting maximum wealth. For banks rooted in community, their aim is to help families buy homes, start businesses, build day care centers. In other words, their purpose is generative. They seek to create the conditions for life to flourish.

These banks remain all too invisible. The most remarkable tale of this invisibility was told by Jean-Louis Bancel, president of the International Co-operative Banking Association, an association of cooperative banks, which are member-owned financial institutions found all over the globe that are run democratically in the interests of their customers.

Cooperative banks hold 20 percent of all deposits in Europe. In the Netherlands, the enormous Rabobank holds 43 percent of all the country’s deposits. Yet, these banks meet with a “relative silence on the part of academics and regulators,” Bancel said in a public speech. In statistics kept by the International Monetary Fund, he said he found “no headings dedicated to cooperative banks.”

As international regulators have crafted responses to the crisis, Bancel observed, they have recommended changes that could harm cooperative banks. “Many cooperative banks may be compelled to abandon their cooperative status,” he said, “at an abnormally high cost,” in order to be in accordance with proposed requirements.

Too often lost in proposed regulations for banks is the issue of design: enterprises do what they are designed to do. When banks are rooted in community – like cooperative banks, credit unions, and state-owned banks – and have a purpose of serving the community, they are potentially part of the solution.

We need to support these banks systematically. It begins by seeing them as a single, coherent school of design, with important lessons to teach.

Next: A more in-depth look at the threats to community banks from new regulations.

Previously: Learning to See the Invisible: The Unsung Ownership Revolution