It’s Not Nutritious Unless People Eat... 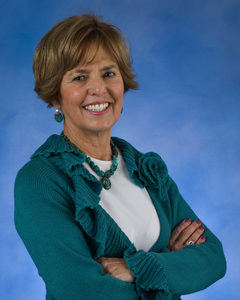 By Susan Crockett, Ph.D., R.D., FADA and leader of the General Mills Bell Institute of Health and Nutrition

The relationship food companies have with their consumers goes beyond traditional parameters. Our consumers trust us with the food they put in their bodies, the food that nourishes and fuels them throughout the day. This gives us a unique connection to our consumers that we take very seriously.

My team's goal at General Mills is to provide people with nutritious foods that – when combined with an active lifestyle – can help them live healthier lives.

Part of this commitment is to continuously improve the health profile of our existing products as well as introduce innovative, new products. These improvements are strongly tied to what consumers tell us: healthy, great-tasting foods that fit their lifestyles. However, they also tell us that they won’t compromise on taste. So, the guiding principle behind all of our health improvements is the maxim: “It’s not nutritious unless people eat it.”

We first began tracking and quantifying health improvements in 2005. Between 2005 and 2012, the company has improved the health profile of 68 percent of its U.S. retail sales volume. These improvements have included measures like adding whole grains, fiber and calcium, and reducing calories, sugar, sodium and trans fats.

As the head of the General Mills Bell Institute of Health and Nutrition, part of my role is to ensure we achieve our ambitious goals. Here are some examples of our advancements:

It’s important to note, however, that these health improvements and new healthful products could not have been brought to market without significant innovation and technical effort. Specifically, with the health reformulations, there are major technical hurdles involved given the function each ingredient plays in a recipe.

For example, sugar and sodium (two limiters that we are working to decrease in our products) play an integral functional role in products beyond just providing a taste benefit. It’s not as simple as just using less sugar or less sodium in our recipes. Suitable alternatives have to be found to maintain the product’s integrity and in the case of sodium, food safety as well.

And, of course, as with every success story, there are the healthy products we launched with great enthusiasm, only to be rejected by consumers for lack of great taste, convenience, or simply lack of interest. Just because it’s a healthy option doesn’t mean consumers will choose it for their families.

Responsibility: A Two-Way Street Between Consumers and Brands

This all brings us back to our guiding principle, “It’s not nutritious unless people eat it.”

The principle works well to remind us that taste and nutrition must go hand in hand. What we’ve learned is that we need to carefully consider what consumers will accept as we introduce new products and as we reformulate our mainstay products.

Our solution: to help ease consumer acceptance, make small, incremental health improvements over time. So, sometimes we announce these changes prominently on the front of our packages and at other times the changes are simply reflected in the nutrition facts panel and we do not call special attention to the fact that we are making a change on the front of the package.

We refer to the latter as “stealth health.”

With a stealth health approach, we recognize that sometimes consumers judge a product to be less appealing after hearing that the sodium or the sugar has been reduced. We know from nearly 150 years in the food industry that taste will always lead the way.

Consumers want healthy options, but if they perceive too much of a taste tradeoff, many will try the product once, but hesitate to go back to it again. So, small incremental changes can help make our products healthier over time while still delivering on the taste our loyal consumers expect.

Learn more about our health commitments on the Taste of General Mills blog.

More from General Mills on CSRwire: