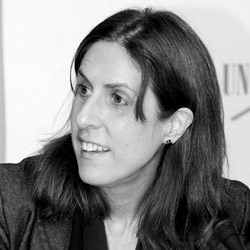 (In collaboration with the Worldwatch Institute)

The U.S. farm belt is broiling. Lack of rain and high temperatures have put the huge annual harvests of corn and soybeans at risk. And because the United States is the world’s largest producer of these two staple crops, the ongoing drought threatens food supplies not only in North America, but around the world.

Farmers in other large agricultural nations, such as China and India, as well as those in many smaller countries, have also felt the blunt force of extreme weather in recent years. India is looking askance at the dismal volume of annual monsoon rain that has fallen so far, which it depends on for productive harvests and agriculture.

Until recently, the United States hadn’t experienced extreme weather to the same degree. And, as with so much in the world these days, the effects of the U.S. drought will be felt globally—primarily through increased food prices. Of course, it’s not solely bad if prices for some foods increase 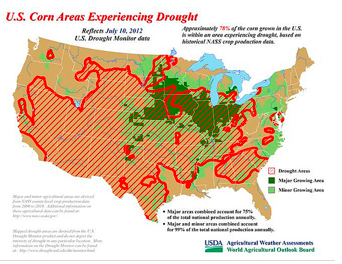 —particularly those with high climate and ecological costs, such as meat and dairy products. Consumers may respond by reducing their intake of them, which could benefit public health and the environment.

But for the billions of people around the world for whom hunger and food insecurity are a fact of life, the impacts of spiking food prices for staples, such as daily grains or nutrient-packed vegetables and fruits, are dire.

This situation underscores the urgent challenge I explore in my chapter, “Food Security and Equity in a Climate-Constrained World,” in the Worldwatch Institute’s State of the World 2012: Moving Toward Sustainable Prosperity. How can the global food system be made sustainable, equitable, and, crucially, climate-compatible? This means agriculture that’s resilient amid the impacts of climate change, such as drought, erratic rainfall, and extreme temperatures, and that doesn’t produce enormous amounts of greenhouse gases.

Unfortunately, the food system that is being globalized rapidly—basically the U.S. model—doesn’t fit the bill. In large part, that’s because at its core is the mass production of animals for meat, dairy, and eggs, as well as crops like corn and soybeans that are used for animal feed.

Since the 1970s, global meat production has grown nearly three times, and it is now 20 percent larger than it was in 2000. Each year, more than 60 billion land animals are used in meat, egg, and dairy production globally—nearly 10 billion animals in the United States alone. Intensive systems, such as factory farms and feedlots, are nearly universal in the United States, and are gaining major footholds 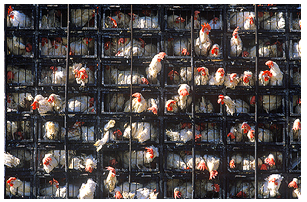 in the developing world. The scale of production, too, is expanding quickly.

Only a generation ago, most chickens in India were raised in backyard flocks, often by women. Now, 90 percent of the more than 2 billion chickens that come to market each year in the country have lived their entire lives in industrial-style facilities.

If current trends continue, by 2050 the global livestock population could exceed 100 billion—more than 10 times the number of people who’ll likely be alive then.

Although Michael Herrmann, an advisor to the United Nations Population Fund, states that the current global food system could feed eight billion people, perhaps even nine billion. He emphasizes the tremendous waste of the food system:

"A large share of the food we produce does not actually end up as food on our plates.”

Instead, large volumes of crops are used as animal feed.

The intensification of animal agriculture means that “the livestock sector enters into more and direct competition for scarce land, water, and other natural resources,” according to the U.N. Food and Agriculture Organization (FAO). This, of course, has a significant impact on our ability to ensure equity and sustainability globally, along with broad-based prosperity for the world’s people. 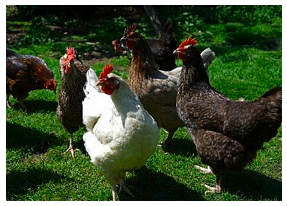 caused greenhouse gases can be traced to the global livestock sector.

Governments at the recent Rio+20 conference agreed on the “necessity” of promoting, enhancing, and supporting “more sustainable agriculture,” but were vague on the details.

Filling in the outline and establishing specific objectives is extremely important. Here are a few of the actions I suggest, with more solutions in the State of the World chapter:

Mia MacDonald is a senior fellow of the Worldwatch Institute and Executive Director of the New York-based public policy action tank Brighter Green. Brighter Green works at the intersection of issues related to the environment, animals, and global development. Its Food Policy and Equity Program has completed a multi-year, multi-media project on climate change and the globalization of industrial animal agriculture. Policy papers and documentary videos from the project are available here.

More from The Worldwatch Institute: