The lobster was delicious. Hauled in just hours before from the Gulf of Maine, where lobsters are more plentiful than ever, it was served cold on a bed of fresh lettuce with a lemon and oil dressing. We were houseguests at a home near Northeast Harbor, and the refreshing summer salad was ready when we arrived. The heat in NYC was unrelenting, so my husband and I were relishing the thought of sleeping with the windows open, blanketed by coastal breezes, and possibly even swimming in the brisk waters of the North Atlantic.

The waters however, our host warned, were less brisk than I might remember when I was here in the mid-90s. As air has warmed with climate change, so have oceans. And the warming waters, scientist speculate, have stirred the lobsters to migrate in search of cooler, more hospitable waters, with numbers dropping at times precipitously, in the waters between Long Island Sound and Buzzards Bay, Massachusetts, even as they have grown in the Gulf of Maine and the Bay of Fundy.

Much of the American lobster's life -- what it eats, how successfully it breeds, where it migrates -- is 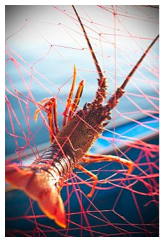 related to the temperature on the ocean floor. Higher temperatures cause cold-blooded animals to use more energy for respiration, leaving less energy for feeding, growth, energy storage, immune response and reproduction. Research has found that as water temperatures rise above 69 degrees F, lobsters' respiration rate increases to a point where their demand for oxygen exceeds the supply, causing physiological stress.

May 2012 was the 327th consecutive month in which the temperature of the entire globe exceeded the 20th-century average. And it was followed by June when some 3,200 heat records were broken in the United States. As reported by the New York Times, 55 percent of the continental United States — from California to Arkansas, Texas to North Dakota — is under moderate to extreme drought, the largest such area since December 1956. The latest reports from the U.S. Drought Monitor indicate that 88 percent of corn and 87 percent of soybean crops in the country were in drought-stricken regions, a 10 percent jump from a week before.

We are rightly unsettled by the savage destruction of our food crops caused by the heat and drought. But the effect of ocean warming on our food supply is equally worrisome, if not so visible. By comparing nearly a decade of global ocean satellite data with records of Earth's changing climate, scientists found that whenever climate temperatures warmed, marine plant life of microscopic phytoplankton declined.  When temperatures cooled, marine plant life became more productive.

Phytoplankton is not just the essential plant life at the start of the marine food chain, it is also an 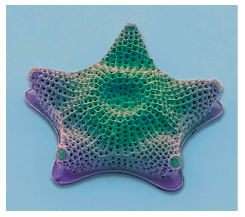 enormous carbon sink, equal in significance to all the land plants combined. As the climate warms, phytoplankton growth rates go down and along with them the amount of carbon dioxide these ocean plants consume. A vicious cycle ensues - as the phytoplankton population declines, it absorbs less carbon dioxide, allowing more carbon to accumulate in the atmosphere, producing more warming which further reduces the marine micro-plants' population.

Though out of sight, the significance of this to the world's food supply must not be out of mind -- around 1 billion people rely on marine fish as their primary protein source.

As Mark Bittman wrote in his blog, Endless Summer:

"The time to avoid calamitous effects has likely passed. This doesn’t mean the situation is hopeless, but the longer we wait to curb emissions, the worse and longer-lasting the effects."

If we don't take action now to reduce carbon emissions, and curb global warming, not only will we experience extended heat waves and droughts that compromise our land-based food supply, but we'll upend the entire ocean food supply as well.

Conscious Eating Is About More Than Food

What does this have to do with the lobster we ate for lunch, which was local and appears to be increasing in number? It all boils down to a few simple questions which even the Maine fisherman benefiting from the current growth in supply are asking: “Why are its numbers going up?” 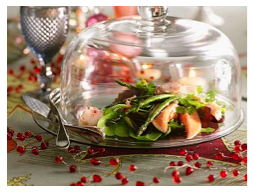 “What does that tell us?” and “If ocean warming continues, what does it mean for the lobster and other marine life?”

Tying it all together, conscious eaters need to consider not just how our food is grown, and where it's from, but how well we are taking care of its habitat. Reducing carbon emissions in our daily lives is by far the most critical thing we can do to battle global warming, and maintain atmospheric and ocean temperatures at level where they can sustain life.

We know what that means -- powering our communities with clean energy; making our homes -- including our appliances and electronic equipment -- more energy efficient; driving less and in more efficient vehicles, and eating more home-cooked, local and organic foods that are less dependent on fossil fuels to produce, process and transport.