Telling the Story of Your Sustainability...

Telling the Story of Your Sustainability Journey Through a CSR Report

Everything we do tells a story. So, why not your CSR report? 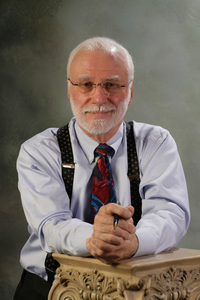 Tell me a story …

No matter your age or status, that's a wonderful incentive to begin a conversation. Everything we do tells a story; if we apply that to the corporation, the story is told through strategies adopted, the corporate culture, the actions of boards, CEOs, the workforce, the capital market valuations, the perceptions and reputation elements shaped -- all tell a story and combined, tell the story of the company.

But story telling is an art. Some companies tell their stories quite well using technology and innovation to appeal to their audience. Think of Apple for example. While Apple's behavior sometimes creates dissonance - and the bad stories emerge, it remains a well loved consumer brand.

Now think of Wal-Mart's story: low prices, creation of jobs for more than one million American workers, world-class technology and an enviable supply chain system in place. And then the other story emerges: the reported bribery incidents in Mexico to accelerate expansion in that country, locking in of immigrant workers at night, and more than one million female workers claiming institutional discrimination.

So how do we -- as investors, employees, business partners, suppliers, customers, analysts, and public officials charged with oversight-- really get into the story and try to decide for ourselves what a company's story may be telling us?  T'is a challenge, yes?

Good news: corporate kimonos are opening. The publication of corporate sustainability (or responsibility) reports by U.S. corporations (and U.S.-based subsidiaries of non-U.S. companies) is on the increase.  Our analysis for reports published in 2011 -- include reports published in calendar year 2011 -- is at 345 – and we're half way through 2012 and expect many more reports to be added to our count for 2011.

Meanwhile, our count for 2012 continues as well and the numbers look promising. Of the 345 reports published in 2011, however: 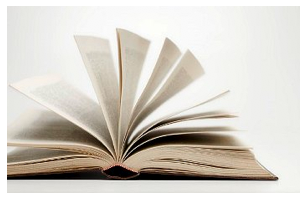 While the majority of reporters by far are private sector companies, the range continues to broaden with 2011 seeing a mix of government agencies, universities, not-for-profits, professional and trade associations, startups, and other entities issuing GRI and non-GRI reports as well.

All reports following the GRI framework are voluntary with reporters choosing to self-declare a report to be Level "A," "B" or "C" -- the level relates to the nature and scope of the disclosure and is not meant to be a "grade" with several companies choosing a C Level for their first GRI report -- or staying "undeclared."

Another Channel for Story Telling

In analyzing the 273 GRI reports from 2011, it's clear that the reporting process within companies that might be classified as the "sustainability leaders" is the culmination of top-to-bottom mobilization of human and other resources. They adopt a wide range of strategies to lower operating costs, differentiate the company from investment and industry peers, enhance brand value, strengthen and broaden stakeholder engagements, expand disclosure, police their supply chain, involve and empower employees, and increase share valuation.

This is the meat of their reports, presented in clear data sets with a compelling narrative.

Increasingly, we are seeing really compelling stories that jump out of these otherwise cumbersome and data heavy corporate reports. In commentaries to come on CSRwire, we will share some of these stories with you, as well as our observation of trends and new developments in corporate disclosure and structured reporting.

Hank Boerner is chairman of the Governance & Accountability Institute, which is the U.S. Data Partner for the GRI. A senior strategist, Hank works with corporate clients to help them begin or enhance their sustainability journey -- and help them tell their story.