On any given day, 50 million Americans – including 17 million children – are hungry while a significant percentage of food categorized as waste is actually safe, nutritious and untouched by human hands. 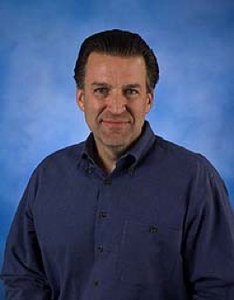 As a global society we waste more than 30 percent of the calories produced every year. Further:

Of course, all of this food is piling up in landfills creating immensely detrimental environmental, economic and social impact. Landfills in the U.S. are now the second-largest emitter of methane gas, a potent greenhouse gas. Economically, the cost of disposing food waste in landfills and incinerators is impacting companies’ and consumers’ bottom lines. And socially, there is a growing number of people who do not know when they may have their next meal, with one in four children in the U.S. now considered “food insecure.”

In a world where one billion people go hungry every day, one of the biggest opportunities we have in the food industry is to better educate ourselves and consumers on the vast amount of food wasted each year. The work on food waste mitigation and landfill avoidance is important, challenging and necessary.

How can the food industry effect change? 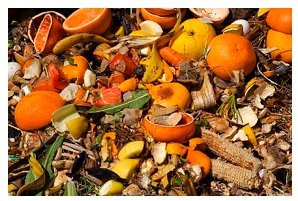 Many college and university campuses have adopted campus-wide organic pick-up and composting, which often carries a lower cost than the tipping fees paid for traditional trash disposal.

At General Mills, we’re bringing sustainable food production full circle with a new composting program that’s under way at our world headquarters in Minneapolis. Since the program began last September, the company has composted more than 45 tons of waste – or nearly two tons of waste per week, which equals approximately 14 pallets of food.

When food waste is sent to a landfill, the greenhouse gases created and released into the atmosphere have 20 times more negative environmental impact than carbon dioxide. With food waste currently responsible for 14 percent of all the waste created in the U.S., the impact of throwing food into the trash is tremendous.

Learn more about CSR and Sustainability at General Mills

At General Mills, we’ve identified a new system at one of our plants that heats pizza toppings so they adhere better to Totino’s pizza prior to the freezing process. This system will save thousands of pounds of cheese and other pizza toppings from going to waste each year. 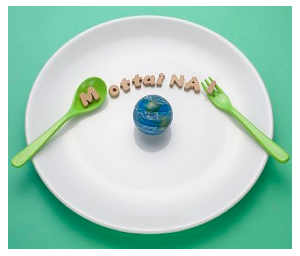 Food that’s trashed bypasses hungry Americans. On any given day, 50 million Americans – including 17 million children – are hungry while a significant percentage of food categorized as waste is actually safe, nutritious and untouched by human hands.

Finding ways to get this unusable, unsaleable food to people in our communities who need the extra assistance is the right thing to do. When coupled with the economic and environmental benefits, food donation is a tremendous opportunity in fighting domestic hunger.

Many food retailers across the country are stepping up efforts to combat hunger through food rescue programs. During a food rescue operation, local food banks visit participating retailers – think Safeway, Publix, and Wegman's – to pick up surplus perishable food items such as meat, dairy, bakery, produce and shelf-stable products. The donations are quickly and efficiently re-distributed to stock the shelves of nearby shelters, soup kitchens, senior centers and after-school care sites.

We're doing our part as well. Last year, General Mills donated $28.2 million worth of food products to Feeding America – which helps feed millions of Americans – and The Global Food Banking Network, which works with food bank systems in 22 countries including Australia, Bulgaria, Ecuador, Egypt, Mexico, the Philippines, South Africa and the United Kingdom.

Bob Branham is the director of customer sustainability at General Mills and co-chair of the U.S. Food Industry Food Waste Coalition. After graduating from the University of Minnesota with a BA in Political Science, Bob joined General Mills in 1983 as a sales representative. In his 28-year career, he has held a variety of sales and sales management positions, including leading the Drug and Discount channel and creating and executing a NASCAR sponsorship.

More from General Mills on CSRwire: