From Biosubstitution to Biomimicry & Green...

Despite criticism, Rio+20 accomplished some important advances in systems thinking.

Remember the first wave of venture capitalists rushing into "green" investments? They wasted billions in corn-based ethanol to fill the fuel tanks of our gas-guzzling cars while the farm lobby won billions in subsidies.

Corn Ethanol: From Panacea to Pariah

Food prices soared, and millions around the world went hungry. After battles between lobbyists, research proved that corn-based biofuels were even worse for the environment than diesel or gasoline. Some subsidies in the U.S. were repealed as it became clearer that the future of transport would likely be fueled by electricity generated by wind and solar power – together with more bicycling and healthy walking in more compact, redesigned cities. The $20 billion of biofuels subsidies globally should be returned to taxpayers.

This story of mass learning and systems thinking was the theme of Rio+20 and moved companies and its 193 UN member countries toward Green economies.  This UN summit on the 20th anniversary of the Earth Summit in 1992 followed the 40th anniversary of the first summit in Stockholm in 1972. I participated in all three summits and witnessed member nations of the UN learning together in these seemingly chaotic events, with thousands of NGOs teaching bureaucrats about global and local issues yet to reach media or governments' attention. 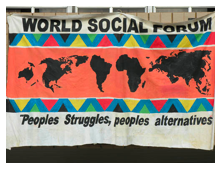 Cynics and media editors delight in ridiculing the UN and all humanity's painful efforts at learning how Earth's systems actually function. The past 50 years of official global conferences, and hundreds of thousands more meetings by NGOs, concerned business and investor groups, environmentalists and social justice networks of the World Social Forum nevertheless produced the new systems thinking and curriculum now entering academia, governments and the new media.

The human family is awakening everywhere to our potentials and awareness of how we and 30 million species sharing planet Earth have innovated, thrived and survived for 3.8 billion years.

Enter the science of biomimicry, invented by Janine Benyus, whose 1997 book Biomimicry is a perennial best-seller. Her Biomimicry 3.8 group of scientists around the world teach how our living biosphere maintains itself and evolves. Biomimicry consultants help companies, governments and academia, with Biomimicry workshops, Janine's TED talk and lectures, explain how nature uses energy, creates materials, produces food and fibers without combustion, toxic catalysts or the wasteful methods and pollution of the past 300 years of our fossil-fueled Industrial Era. 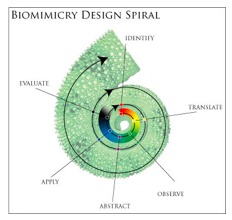 As industries and governments caught on, they rushed to biosubstitution, thoughtlessly substituting petroleum with food-based biofuels and plastics.  Rio+20 provided many learning experiences, together with over 55,000 NGOs and scientific groups teaching the official delegations of those 193 countries participating.

We are witnessing everywhere the acceleration of global learning – speeded up by all the new communications tools we have invented. Since I wrote Creating Alternative Futures in 1978, I have tracked this human story and our race between expanding our awareness and the destructive forces threatening our common future. The Politics of the Solar Age I foresaw in 1981 is now upon us!

The good news is that we are connecting the dots. Janine Benyus and I and our companies have joined forces and are creating our new Principles for Ethical Biomimicry Finance© for future responsible investing. Stay tuned!