It’s time to dispense with the defeatist myth: “It’s too late! Human beings have so far overshot what nature can handle that we’re beyond the point of no return.” 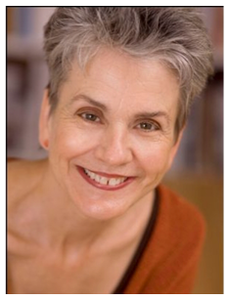 “Trying to save the planet is just a lot of nonsense because we can’t do it,” says ninety-two-year-old Professor James Lovelock, known for his “Gaia hypothesis” that the biosphere is a single living organism. Ross Gelbspan, acclaimed author of Boiling Point, tells us that “we have failed to meet nature’s deadline” and warns, “The environmental establishment continues to peddle the notion that we can solve the climate problem. We can’t.”

To those declaring our species’ near-future demise, I find myself wanting to shout, Wait a minute!

Half the world is getting by right now on a daily sum equal to the price of single American latte — or less. About one billion of us lack the food and water we need.

In the Global North, millions are struggling and stressed as well. Even before the Great Recession, it was estimated that almost 60 percent of Americans will live in poverty for at least a year during their adult lives.  In short, catastrophe is already the daily experience of huge numbers.

So here’s my question: Too late for what?

But it is not too late for life.

Life loves life. Life strives to “create the conditions conducive to life,” says “biomimicry” champion Janine Benyus. That’s just what we do. In other words, the very essence of life, including the version we call human — creatures who yearn to make their mark in the world — isn’t changed by climate chaos.

It is not too late to be ourselves. In fact, for our species, with its passion for shared action toward common ends, maybe now is the time to be alive.

When facing staggering setbacks — from the Black Death of the fourteenth century to world wars killing nearly 100 million people in the twentieth —  most human beings don’t end up ruing life.

What makes us miserable isn’t a big challenge. It’s feeling futile, alone, confused, discounted — in a word, powerless. By contrast, those confronting daunting obstacles, but joined with others in common purpose, have to me often seemed to be the most alive.

Taking On The Challenge Of Action

So it’s not too late to take in today’s explosion of learning about our own nature and about the nature of Earth and then to team up for a momentous passage to a world more aligned with our learning and with our deepest needs.

Neither is it too late to learn how to grieve our losses -- to grieve, for example, the daily demise of entire species, most of which we’ve pushed out before we’ve even met them. Grieving is critical to staying alive.

So, we can stop worrying about whether it’s too late — what a waste — and get on with the only thing we really should wonder about, even obsess over:

What’s keeping more of us from jumping into action? What’s preventing us from being ourselves?

Creating Choices With Our EcoMind

Especially now that, with an eco-mind able to see our connectedness, we know that our choices do matter — every single one of them. The only choice we don’t have is whether to change the world.  Our choices determine not just the extent of the loss that our own and other species will experience but our chances of evolving ways of living together vastly more satisfying than those we know today.

So what is stopping us?

We’ve allowed a set of false but potent ideas to tie our hands, to make us believe that we are powerless. I fear that just beneath the “it’s-too-late” lament — now rising in volume — lies a paralyzing despair fueled both by ideas and, in this case, a lack of them.

True, I challenge the premise of lack at every turn, but there is one lack we do have to worry about: Clinging to a failing idea of democracy, we lack a vision of a practical and powerful “living democracy” bringing us together as the problem solvers we yearn to be.

So, the “it’s-too-late” thought trap is, for me, less about a trap and more about a deficit — a deficit of imagination. We cannot create what we cannot imagine.

So, can we together imagine Living Democracy as a culture of engagement in which we are together dispersing and co-creating power as we share in responsibility for our future?

Whether and how we do this work of the imagination will deter mine, more than anything else, the shape of life to come. And, in this work, it’s not too late to take in all we’re learning and to trust.

Along this path we may well discover that democracy — real, Living Democracy — is not just a society’s best strategy for making decisions. It is also a different way of understanding ourselves, a way more fully in tune with the rich complexity of our own nature.

Thought Trap 6: Humans Have Lost the Connection to Nature

Thought Trap 5: To Save Our Planet, We Must Override Humanity’s Natural Resistance to Rules

Thought Trap 4: We Must Overcome Human Nature to Save the Planet