Happiness In The High Sierras: Measuring...

Happiness In The High Sierras: Measuring Quality of Life in Nevada City 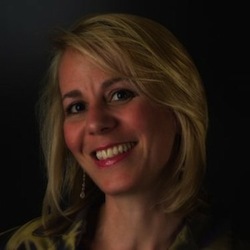 By Laura Musikanski and Reinette Senum

Nevada City is a picturesque town nestled in the High Sierras of California. At the beginning of every year, it hosts an environmental film festival attended by roughly 5000 people, and pretty much all 3,000 of the locals attend.

The two of us - Reinette Senum, Nevada City Councilmember and Laura Musikanski, Executive Director of the Happiness Initiative, kicked off Nevada City’s happiness initiative at the Wild and Scenic Film Festival 2012.

I met Reinette Senum at Bioneers last October in San Rafael. Taller than tall with a laugh that doesn't just fill the room, it permeates everyone in it with joy, Reinette is the kind of person you can’t miss.   When she told me she was bringing the Happiness Initiative to Nevada City, California, I believed her.  Four short months later, I found myself giving a talk in her town.

What does it mean that Nevada City would conduct a Happiness Initiative?

It means the city council would use the happiness index to get a clearer picture of people’s needs, preferences and time use. It means they would use the happiness index as a metric for their Sustainability Vision and Plan. The main difference between Nevada City’s metric and those of most other areas is that it based on a survey - it is “subjective."

Reinette told me she was taking the happiness index to Nevada City policy makers so they could use it as a guide towards a future that people really want.

I’m the chair of the city-sanctioned Nevada City Sustainability Team: an ad-hoc group of about 15 volunteers dedicated to creating a vision, strategies and implementation for a sustainable Nevada City.

Our team continues to make great strides, but our conversations in the past always led to, how do we measure our success, or failures, on a human-level? In a way that really means something?

Measuring the creation of an interconnected and healthy community is much more complicated than simply measuring the Gross Domestic Product. And unfortunately for Americans, death, disaster, disease, and tragedies are all good for the GDP but it has nothing to do with the overall wellbeing of our nation and its people.

I had heard about Bhutan’s Happiness Index a couple years ago, but there was still no such standard of measurement available to Americans. I was elated to hear about how the cities of Victoria and Seattle were so inspired by the country of Bhutan’s Happiness Index that they created their own. It was encouraging to know others understood the power of creating a truly reflective standard other than the GDP.

This is the first year Nevada City has conducted the Happiness Survey. Just the name, itself, is spurring colorful dialogue and points of view.  It would be my wish to see cities and staffs around the country take advantage of such a healthy metric.

There is no better way for government to know it is doing its job than by measuring the happiness of its constituents. Not to oversimplify our world, but my suggestion is that we stop waiting for someone else to set a new standard. Let’s just set an example by measuring the abundance of our lives and lets focus on that! The rest will follow.

Take Three: A Perspective For Our Future

The Declaration of Independence described “life, liberty, and the pursuit of happiness” as fundamental goals of government. For many years, the main indicator governments have been using is money, or more precisely, gross domestic product (the sum of all goods and services produced in a year).

But this indicator is not leading to happiness for too many of us in the U.S.  You get what you measure, and the time for governments started using measures that really matter to people.

On April 2nd, the Happiness Initiative participated in a conference held by the government of Bhutan and the United Nations.  The goal of the conference is to change the current economic systems on our planet so governments go beyond money -- or gross domestic product – as their main measure, and start using objective and subjective indicators to guide them for a better – more desirable- futures.

Nevada City is leading the way.