The Virtuous Cycle of Workplace Philanthropy

The Virtuous Cycle of Workplace Philanthropy

If organizations truly want to play a role in defining which social and environmental issues receive attention, they must begin by removing barriers to participation.

Series: EarthShare: One Environment. One Simple Way to Care for it 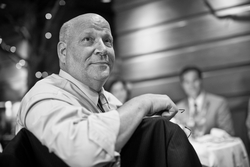 In my last post, I introduced EarthShare and Give @ the Office solution, describing some of the benefits for corporations and their designated nonprofits of establishing a coordinated workplace giving program.

Now let's look at each of the parties involved in the philanthropic efforts in the workplace—the givers, the recipients, the administrators as well as the folks with the feet on the ground.

We built EarthShare to serve as a truly virtuous cycle — or as many business executives would call it: Creating Shared Value — and there is not a single party involved that doesn't benefit in some way, whether from increased funding and new supporters, the sense of satisfaction that comes through helping to tackle a difficult issue, a deeper connection on the part of employees with their company’s goals, or by freeing up more time for administrators to focus on other critical business issues.

And these benefits simply skim the surface.

There is a host of reasons why embedding dedicated workplace giving programs in your overall CSR strategy can help streamline your efforts while supporting nonprofit partners' and your team of tireless volunteers.

EarthShare’s mission is to be a valued partner in the corporate social responsibility strategy of our workplace partners.

Peace of Mind: Streamlining the Process

We've all heard the horror stories: charities that spend most of their income on overhead and management costs, and very little on doing the work that prompted you to consider donating to them in the first place. There are more than 1.3 million charities operating in America today, and not all of them behave ethically.

As with any investment, the only solution is to do the appropriate due diligence. But that can be extremely complex and time-consuming. Reputable workplace giving programs can remove all of the guesswork, giving peace of mind to both the company and its employee donors. For example, EarthShare requires applicant organizations to meet 17 different criteria before they're considered for membership. With the highest possible ethical and professional standards in mind, EarthShare's strict eligibility requirements are purposely selective. And all current members undergo annual reviews.

While most companies today support philanthropic efforts, whether they align with core competencies and strengths is a different issue.

That's where employee engagement becomes a crucial aspect. While the vast majority of these efforts are well intentioned, employees who don't feel invested in the cause—or simply don't feel like their preferences are being heard—are much less likely to participate in such programs.

However, if employees are given the opportunity to actively play a role in deciding which organizations will benefit as well as think beyond checkbook philanthropy, you have a better chance of activating your workforce.

Responsibility in a Recession: The Gift That Keeps On Giving

In an era where everyone is trying to do more with less, all the time, one of the greatest benefits of workplace giving programs is exactly that: more time, both for companies and the charities they're funding.

Mary MacDonald, EarthShare's SVP for business development, summed that up in a recent conversation:

"It is so exciting to first see how delighted a CSR or Community Affairs officer becomes when they realize what EarthShare @ Work can help them achieve. But the real fulfillment comes when they really start engaging their employees through our program and can see the impact of that engagement, which leads to ongoing improvement in sustainability throughout their organization and often beyond."

The same lesson applies on the recipient end of the cycle. Nonprofits that know where their funding is coming from can plan better, spend less time fundraising, and focus more of their time and effort on actually solving the problems they set out to tackle in the first place. After all, isn’t each nonprofit's end goal to eliminate the very reason for their existence?

Consider the following numbers from the 2011 Giving USA report. In the United States in 2010, total charitable giving came in at almost $291 billion—an increase of around 3.8 percent from 2009.

Back to the numbers: in 2010, corporations donated $15.3 billion—just 5 percent of the total pool. That number was dwarfed by individual giving, which at $211.8 billion, accounted for 73 percent of all donations that year.

All these figures point to one simple conclusion:

If corporations want to play a role in defining which social and environmental issues receive attention, they have just two options: donating more, or encouraging their own people to get involved by highlighting the importance of the issues, and removing barriers to participation.

There are signs that companies are starting to grasp that reality: corporate donations in 2010 were up 10.2 percent from 2009. But to really define the field, corporations need to step up the latter part of the equation, by advocating their causes to their employees and allowing those employees in turn to become advocates for those causes.

That, in a nutshell, is what's at stake with workplace philanthropy programs: creating networks of people all pulling in the same direction in support of a single cause that benefits everyone. We've seen the effect on society that corporations can have when they empower their people to solve big problems. Imagine what they can be accomplished when that combined power is focused on the public good.