iGlobal Production: Can Apple Find a... 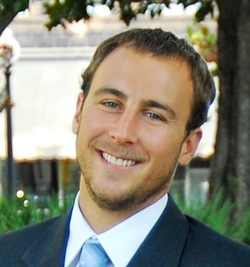 There's an old Wayne Gretzky quote I love -- 'I skate to where the puck is going to be, not to where it's been.' That's what we try to do at Apple. Thank you very, very much.
-Steve Jobs, 2007 Macworld Convention Keynote Speech

By now we've all heard about the hot water Apple is in regarding inhumane manufacturing conditions in China. Last week, we finally saw Apple’s response team kick off a new phase of its crisis response public relations efforts.

First there was the announcement that the company is building the largest user-owned solar array in the U.S. Then we got a look inside the notorious Foxconn factory on Nightline with Diane Sawyer. The ABC News report answered some questions and raised even more. Apple still has a long way to go if it is to restore its tarnished image.

The question remains, will Apple use the recent attention to steer a new strategic direction or will it revert to business as usual after the dust settles?

So far, it looks as if Apple is executing on a typical corporate crisis management plan.

First it shut down any unscripted communications until the eye of the storm passes and is now in the midst pursuing procedural tweaks and “stakeholder engagements” as media attention begins to drift to the next big story. To pursue this strategy would be a monumental mistake.

Now is Apple's opportunity to shed its skin as a mere consumer brand and grow into its identity as a re-designer of human systems. Apple can do this—indeed seems almost destined to do this—if its executives are able to channel some of Steve Jobs' most significant management insights:

1. Skate to Where the Puck is Going to Be

Steve Jobs knew that world class corporate managers cannot just ask customers what they want, because they will get the same quasi-intelligible answers every time – "better, faster, cheaper." Jobs taught us that we all want to be different in pretty much the same ways, and that the job of a good product designer is to figure out the next way in which we are all going to try to differentiate ourselves.

Am I wrong to believe that given the option, most of his customers would like to be proud of how their devices were manufactured?

2. In Order to Be the Best, You've Got to Be Different

Jobs taught us that being the best at doing something the same old way is not good enough. When he looked at the printing industry, Jobs saw a bunch of companies competing by making more fonts, but he knew that what customers really needed was higher quality printing, which would allow them create all the fonts they could imagine.

Am I in the minority in my belief that big business as usual is not working for most of us? Or that a radical corporate responsibility would be wildly successful among Apple's highly image conscious clientele?

3. Great Designers Know When Entire Systems Need to Be Rethought

When Steve Jobs chose to take Apple in a new strategic direction, he didn't do so based upon the strength or weakness of the current competition; he did so based upon his insights into where there was the most room for design improvement. Corporate social responsibility as usual is not yielding the results that consumers and impacted communities are demanding.

Apple is but one player in a global production system that is undermining the integrity of everyone that participates in it. The whole system needs to be rethought. Only Apple has shown that it has the combinations of skills and resources to revolutionize that system.

4. The Biggest Market in the World is the Market for Integrity

Before Apple changed how we produce and consume media, the marketplace was full of unintuitive junk that never quite lived up to our expectations. Jobs flipped that. When he said "Here's something that is really great and I think you should try it," we came to trust that what he really meant was "if you don't adopt this, you will be left behind."

Steve Jobs was a cutthroat businessman, but he ran a company whose products speak for themselves—unflinching (near) perfection. I have no idea how Apple would lead us into a world of responsible consumption and I know they couldn't do it without some big missteps, but as long as they operated with integrity, I and my consumer dollars would be with them every step of the way—and others would too.

A Defining Moment for the Apple Brand

This is a defining moment for Apple's post-Jobs leadership. The Apple brand is currently among the most valuable on earth, but its "I am creative and appreciate simplicity" luster risks being tainted with the undertone of "I can afford this device and I don’t care/am too ignorant to know about the social costs associated with its production." Failure to deal with the latter perception means a future likely filled with boycotts, protests, controversy, distraction and ultimately, mediocrity.

While today's consumers love their iProducts, they want to keep their consciences too.

And no company is better positioned than Apple to comprehensively rethink how to make manufacturing and sourcing truly ethical. With some of the best brand recognition in the world, the largest cash reserves of any company in history and a proven ability to reorganize how whole industries operate, Apple holds the unique potential to make global supply chains more transparent, sustainable, and ethical.

Apple became great by boldly tackling complicated design problems to give style-conscious consumers what they didn't yet know they wanted. Do I know what that looks like? Do I believe that Apple Inc., working alone, has the capacity to solve the problem minerals soured in conflict zones, or child labor, or toxins on the factory floor? Of course not.

But the company is in a position to change the game for everyone else—just as it has done with just about every product it's ever released, from the Mac to the iPhone. Where Apple goes, other companies follow.

And the advantage that Apple has is that the whole creative class is already bought in. We all get it. Whether you are a Mac-head or not, we are all aware now of how the system works—and most of us want it to work better.

But we don’t just want more fonts or more procedural tweaks. We want something better.  Something that no other electronics maker is offering and no other company is better positioned to design. If the firm can deliver that, it's got a ready-made network of influential people waiting to cheerlead for it.

Apple's leadership has a choice: do they pursue business as usual, and risk becoming just another tech company, or do they try to live up to Jobs' legacy?

In the short term, the business case probably lies with the "business as usual" approach: crisis management until the media moves on. But if there's one thing that distinguished Steve Jobs' time at Apple, it was his ability to think beyond the short term—an approach that allowed the firm to shape the longer-term future according to its values.

Now Tim Cook and the rest of Jobs' protégés need to decide whether they're going to truly live up to that legacy, or if they're content to watch Apple become just another company—one that risks ceding the future to the next Steve Jobs.

Disclaimer: Jack Ucciferri is a portfolio manager with Harrington Investments, Inc. (HII). At the time of publication, HII was long Apple stock in its client accounts.