Wind Power: Putting The Wind In...

Wind Power: Putting The Wind In The Sails of Peace

Wind energy is not just good for the climate; it also makes the world a safer place. 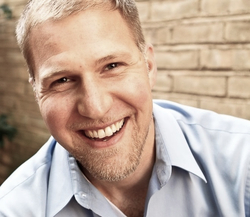 By Michael Shank and Melissa Powell

With last month’s climate talks in South Africa postponing specific carbon cuts until 2020, it is clear that something more than mere nation-state commitments will be needed to counter climate change and reduce global warming.

With nations reluctant to recommit to another climate treaty, replete with binding targets and a global trading scheme for carbon emissions, it will be up to the private sector to pick up the slack. Thankfully, it seems up for the challenge.

Take, for instance, WindMade. This new consumer label was recently launched by the private sector, in partnership with the United Nations Global Compact and the World Wildlife Fund, to encourage and increase demand in wind energy, a renewable energy that will be a critical component to any greenhouse gas emissions reduction strategy.

WindMade is the first-ever global label to certify use of wind power in manufacturing and operations. Much like the Agriculture Department’s organic label created a more robust organics industry and consumer base, so too is WindMade’s intent to generate an equally robust base for renewables.

Now, thanks to pioneering efforts such as WindMade, consumers who care about climate action or energy security or simply want to reduce their environmental footprint can prioritize purchases that are aligned with their principles.

This is a good thing.

And according to polling done in advance of WindMade’s launch, a solid 67 percent of consumers are already saying they would favor WindMade products.

The consumer demand is clearly there, which will be helpful in lowering the price of wind energy as the technological leaders behind the wind energy movement — be they in the United States, Europe or China — ramp up production and produce cheaper wind energy and wind turbines.

All of this will be good for the environment. Yet, more wind energy not only helps reduce carbon consumption and carbon emissions, it will also help the world become a more peaceful place.

Just think about how mobile phones have become ubiquitous in the developing world (thanks to rapidly falling costs and increasing availability), serving as a critical lifeline to banking, agriculture, trade and commerce activities. Now let’s do the same with renewable technologies by making them affordable and accessible. Imagine what portable and affordable devices capable of capturing renewable energy could offer poor and underdeveloped villages.

Incidentally, this also helps ensure that resources are distributed equitably, at least on the energy front. In many countries, unfortunately, energy and energy utilities are in the hands of the powerful few, often to the detriment of the powerless majority.

The democratization of energy changes that dynamic. It also decreases the likelihood of violence.

One of the eight fundamental factors found in more peaceful environments, as reported by the Institute for Economics and Peace, was the equitable distribution of resources. Energy equitability, then, should be a longer-term goal.

In the meantime, helping consumers know whether their computer, car or clothing was made with wind energy is a great step in the right direction. We need more innovations and initiatives of this kind. The climate isn't cooling anytime soon, and it's clear that climate talks will continue to be inconclusive.

Companies and consumers, the ball is in your court.

Michael Shank is U.S. vice president of the Institute for Economics and Peace. Melissa Powell is head of strategy and partnerships at the United Nations Global Compact.