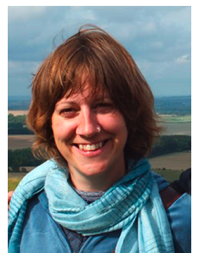 The ‘Broken Windows’ theory championed by former Mayor of New York Rudolph Giuliani uses the example of communities reporting a broken window to promote the idea of rectifying even the smallest incidents of wrongdoing, thereby instilling similar responsibilities in others and creating a better environment for all.

By fostering a culture of self-regulation and accountability, management can help ensure staff and business operations are protected.

Whistleblowing is a valuable tool in any organization’s corporate governance strategy because it empowers employees to act on incidences of misconduct and help maintain a safe workplace, while protecting profits and reputation.

But is Whistleblowing Ethical?

The question provides scope for dizzying philosophies – but let’s keep it simple for the moment. Surely at base level, altruistically reporting wrongdoing must be ethical?

The act of whistleblowing can cause a conflict of interest between the personal, organizational and societal spheres. Much of this conflict stems from the context in which a whistleblower is viewed: whether as someone sharing knowledge of misconduct for the benefit of others or as someone who is acting “disloyal” to their organization.

While most would agree with the value of reporting wrongdoing and approve of good organizational governance, external contexts can color acceptance and perception. There are elements of chicken-and-egg, as attitudes that are encouraged in the workplace extend to the street -- if businesses promoted good corporate governance for all, whistleblowing wouldn’t be viewed negatively or as solely the preserve of business or community leaders.

In 2007, a survey commissioned by the US Democracy Corps of 1,014 “likely voters” revealed that 70 percent supported whistleblower protections and 40 percent stated that they would be much more likely to vote for a Congress that enacts such legislation.

When we vote, use services or entrust our money with banks, we want to know that they are secure and working in our best interests. If an engineer at a water sanitation plant in your area uncovered safety issues, we would hope they had ample opportunity to report this without fear of reprisal, avoiding danger and allowing for the company in question to assess and improve their practices.

The whistleblower is ultimately torn between loyalty to their employer (or the subject of their revelation) and their moral commitment to the law and society at large. Many feel they have the most to lose, at least in the first instance.

It could be argued that it is incongruous for human nature to display loyalty to a bureaucratic organization because it is composed of so many different people. This dehumanizing environment could distort the whistleblower’s perception of their relevance within a company or their ability to influence change, thus degrading their sense of responsibility and motivation to report.

As long as the whistleblower is sure that their motivations are sound and that they are confident in the system, they should not hesitate to relay such information and be pleased that they are helping to create a safer working environment for their colleagues.

Whistleblowers and the media have enjoyed a somewhat symbiotic relationship. Although agendas and motivations may vary, they share the ambition of exposing wrongdoing and encouraging changes in systems that aren’t working in the interests of those they are supposed to protect.

Recent high profile cases, such as the care homes scandal in the U.K., are excellent examples of individuals reporting for altruistic reasons – but if a whistleblower appears to be seeking a soapbox for public attention or engineering an act of retaliation, it is of paramount importance that the investigative body in question ensure that the case is conducted in the correct way.

Even if an organization has a whistleblowing hotline in place it should not be complacent when it comes to its usage and communication. If a company doesn’t receive many whistleblowing reports, it shouldn’t assume that no news is good news.

In addition, if companies don’t use the data collected from their reports in a progressive manner (analyzing trends, investigation and resolution, etc.) it negates the benefits of the service considerably. Businesses have a responsibility to the public to act on whistleblowing intelligence or risk adverse consequences. They are additionally accountable to the governing bodies of their sector, such as the Financial Services Authority, the Health and Safety Executive and, of course, the Ministry of Justice. Where there are environmental concerns arising from a whistleblowing report, these too must be addressed with the correct authorities.

It might seem obvious as an employee of a market-leading hotline provider for whistleblowers to believe in the ethics of whistleblowing -- but personal politics aside, it is safe to say that individual ethics are born of a culture of ethics.

And in a culture of ethics, whistleblowing can come out of the cold.