Greening the Consumer Mind: A Complex... 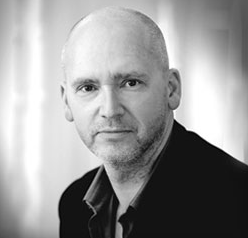 Where Do Values Come From?

Within the widening sustainability debate -- and, particularly, the emerging hot topic of sustainable consumption -- there’s an increasing amount of commentary appearing that focuses on our ‘values schema’ - the relatively stable, psychological ‘floor plan’ that represents core elements of our self-concept and, more generally, who we are.

Specifically, much of the debate focuses on the antagonistic relationship that seems to exist between our intrinsic and extrinsic values, where intrinsic values recognize and reward inclusion, altruism and “self-transcendence,” and extrinsic values draw us to materialism and status. With clear logic, the pieces say we need to somehow encourage these intrinsic value types in order to bring about mass-scale behavior that is mindful and appreciative of others (be that people, the environment, the future etc).

In the U.K., the Guardian is playing host to an interesting discussion started by Tom Crompton and Sarah McMahon on value types, and there are similar conversations taking place on World Economic Forum blogs (and I understand, in Davos later this month) as well as the Harvard Business Review.

Finally -- as if more evidence is needed -- fresh data from the international CSR and sustainability specialist research firm GlobeScan shows the growing concern amongst their expert panel:

Within many of these commentaries (and the solutions they hint at), however, there is a clear pattern.

The focus is consistently on the individual consumer having to re-appraise the situation (maybe with help, be that a nudge or a prompt) and consciously reconnecting with their intrinsic value types. If we stop and think about it, this approach is reflected in many sustainability or altruism-oriented communication campaigns. These campaigns attempt to activate concern, along side some sense of behavioral control, which encourage us (in theory) to reflect on the wider impacts of our choices (beyond meeting our own needs), and then modify that choice.

But what if there were an alternative route -- a potentially easier route -- to bring about this much-needed behavior change? From the outset, we want to be clear and say we don’t think we have the full answer here, but we do believe we’re in the right area.

We think that area is around the idea that rather than constantly seeing ourselves as cognitively appraising individuals operating alone, we should instead consider ourselves as “social intuitionists;” that we are far better at doing what just seems the right thing to do from those around us, rather than having to work hard to figure out what we should be doing on our own.

Jonathan Haidt is a strong and respected advocate of intuitionism on your side of the Atlantic and, here in the U.K., Mark Earls discusses the broad theme often.

Alongside, we’ve started to look closely at much of the work carried out by the fathers of a body of work called Social Identity Theory (Tajfel and Turner). Despite being half a century old, this theory and some of its later iterations and extensions present potentially fantastically rich opportunities for brands to encourage this sort of pro-social behavior.

In a nutshell, Tajfel and Turner’s work revealed how easily we form into groups, and how these groups have the power to steer our intentions and behavior (frequently for the better). Their original work focused on prejudice formation, but we’re confident that it can be re-oriented for incredible good, i.e. mass-scale pro-social consumer behavior.

The experiment that really caught our eye was where they randomly selected individuals to represent a group within an experiment on decision-making. There were no other qualities bestowed upon the group -- no focus, nor objectives -- and those in the group were fully aware that they’d been assigned to it at random.

The initial plan had been to explore the minimum qualities needed for the group to form psychologically, with members then displaying group behavior (they planned to do this by adding qualities one by one to this ‘bare’ group until they saw changes in behavior, as preservation of the group became worthwhile in some way).

But what happened caught them by surprise: They didn’t have to do anything before group behavior emerged. And to be clear, this behavior involved higher levels of co-operation, respect and altruism towards other members. 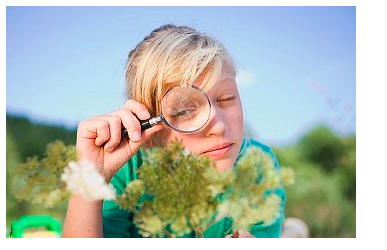 If one of the principal challenges around consumption and consumer choice is a deeper understanding of the effects such choice has on others, then being able to increase levels of altruism and cooperation has to be important. What’s more, this behavior change occurred not because of a direct assault on the individual’s values scheme, but rather because such behavior swiftly felt ‘intuitively right’ within the group.

Does this offer a glimpse into a way of encouraging different behavior -- without the reliance on ‘deep’ values shifts? We think that very possibly, yes it does.

Very close to this -- in marketing terms -- is the work that is being done to understand the formation and dynamics of brand communities. As the name suggests, these are communities of users that form around specific brands - Harley Davidson and Apple are frequently referenced.

Although these communities are also rich in cooperation and altruism, the problem here is that only certain ‘high involvement’ or ‘experience-rich’ brands really lend themselves to creating such rich communities. But it looks as if this need not be an issue, if it is indeed this easy to help consumers form groups, where it is not the purpose of the group that is important (or the motives, or prestige of the brand, for that matter), but rather the sheer existence of the group itself. Suddenly group-based behavior is within the grasp of all brands, not just the high and mighty.

We’ve started to run initial studies with groups of consumers across markets and categories, and so far the initial findings are that groups do form in this way, and the behavior that results is remarkably consistent -- and positive. The huge caveats are that it is early days, and it is one thing to promote pro-social behaviour within the group, and another thing altogether to promote it beyond the group (which, of course, also has to happen for large scale change). But it does seem to work.

Is It Socially Responsible To Influence Behavior?

This raises a battery of interesting questions around whether, in our hunger to bring about behavior change, should we focus on:

Attempting to uncover and pull on such complex and nuanced levers around behavior (through surfacing values or other means)? Or, more simply “just” be stimulating what is intuitively a more natural environment in which to behave?

There is convincing evidence it may well be the latter. And progressive brands will do well to go into a group huddle to see how we could explore this route more fully.

Guy Champniss is a consultant and founder of 1d9&co, a brand consultancy focusing on pro-social consumer behavior and brand development, as well as a doctoral researcher and author of Brand Valued: How Socially Valued Brands Hold The Key To A Sustainable Future And Business Success (Wiley 2011). Guy is based in London, U.K.

Is Your Advertising More Than Just a Green Slice of Life?