Boards in a Time of Crisis

Boards in a Time of Crisis

The phone hacking scandal in the UK raises questions about the role of its corporate board. 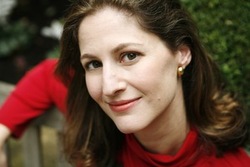 What role does the board play in times when a company is involved in a crisis that has an impact on the community?

I don’t mean “brand management” or “reputation management”. I mean cases like the one we are seeing now with the News of the World hacking scandal in the UK, or last year with the BP oil spill, where real people are harmed and whole communities are affected.

News International decided to close the News of the World. It is a bold gesture, but it does not negate the need for a larger look at the way the company runs and the way the board operates.

This issue was left to fester for too long. It escalated to the point that a dramatic choice had to be made. The board needs to take a long hard look at itself.

As independent directors on the boards of companies our job is to help the companies navigate and be successful. Part of that is calling the company to task if something it is doing is harming the long-term stability of the company, and, I would argue, is beyond ethically acceptable business practice. We should not simply be automatons with only dollar, pound, euro or yen signs. If an organization is caught up in a spiral of bad or unethical behavior we as directors need to be people who step up and challenge the manner in which a company is doing business.

I realize that News International’s board is perhaps not the best demonstration of good corporate governance, with so many inside executive directors in the balance, not a lot of diversity (there is only one woman), and the independent directors including amongst their ranks an opera singer and Marc Hurd formerly of HP. I would ask the board of News International, and particularly the independent members: what are you doing about the News of the World hacking scandal? I’d genuinely like to know.

This commentary is written by a valued member of the CSRwire contributing writers’ community and expresses this author’s views alone.