A Movement Too Deep to Fail

A Movement Too Deep to Fail

The Occupy movement is pointing the way to a less stressful, more productive society 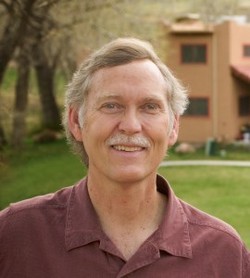 Unrest over income inequality and financial corruption occupies emotional space, not just urban space. Economic imbalances are unacceptable in part because they release toxic levels of insecurity into society. The evidence is clear: out of 145 countries, the U.S. ranks in the “top” five in measurable stress, according to an ongoing Gallup poll. This is where the Occupy movement’s energy originates – in an unspoken, emotionally charged belief that the game is unfair, immoral and stressful.

What should we do about this? Reprogram our social software and redefine the shared concept of “success,” nothing less. Detect and delete self-destructive viruses, such as: “People who are paid less are worth less. Growth is always good. Nature is a stock of resources to be converted to human purposes.”

The Occupy movement’s message is about the forest, not just the trees: If the game as currently played is choking us, why not agree to play a completely different game? Writes author and economist Robert Reich, “It is illogical to criticize companies for playing by the current rules of the game. If we want them to play differently, we have to change the rules.” Donella Meadows’ platform is even wider when she writes about paradigm shifts – clicks in the collective mind, new ways of seeing. “In the space of mastery over paradigms people throw off addictions, bring down empires, and have impacts that last for millennia.”

Throughout history, status has been awarded to those who strengthen the community – hunters, protectors, storytellers, healers, elders and priests – not just those with the biggest huts and mansions. In a world that is shuffled, fragmented, in constant flux, virtually 100% of Americans suffer painful bouts with “social defeat” and “status anxiety,” according to author Jim Rubens. He believes our current epidemic of stress is rooted in the widely unchallenged assumption that “only we are responsible for our life’s outcome.” An unprecedented barrage of status comparisons in mass media, and the incessant modeling of stratospherically high goals are making us crazy – crazy enough for some of us to camp on hard city pavements and trampled turf for weeks and months at a time.

Instead of idolizing CEOs who fluff their own pillows with fairy-tale bonuses – as they play winner-take-all with our money – why not respect and reward people of service, people who’ve gained our trust, people intent on making the world safer and saner? Let’s just change direction. Billionaire Ted Turner used this logic to redirect the flow of philanthropic gifts. He proposed that a ranking of who donates the most would stimulate competition among the super rich, and after the online magazine Slate began to publish an annual list, contributions from America’s wealthiest donors soared. In general, it’s not the money the moguls are chasing; it’s the status. Let’s make honest people out of the 1%: from here on, only generosity and civic responsibility get our respect.

We will expect those who have accumulated fortunes to pay their fair share of taxes and apply their genius to pursuits that benefit a wide number of people. Billionaires might be open to employee ownership of their companies – not just because it’s more democratic and less stressful, but also because it’s often more productive. The 1% can and must be moral leaders, not dictators – or else we can go around them. For example, in recent months close to a million accounts at mega-banks have been transferred to community banks and credit unions. What if this trend were to continue? The game would change.

Certainly, Americans changed direction in World War II, sacrificing individually for the good of the whole. In the process, we rediscovered the richness of cooperation. A classic culture shift also took place in 18th century Japan, where land was in short supply, forest resources were being depleted, and minerals such as gold, silver and copper were suddenly scarce. Japan went from being resource-rich to resource-poor, but its culture adapted by developing a national ethic that centered on moderation and efficiency. An attachment to material things was seen as demeaning, while the advancement of crafts and human knowledge were seen as lofty goals. In this “culture of contraction,” an emphasis on quality became ingrained in a culture that eventually produced world-class solar cells and Toyota Priuses.

Can U.S. culture change direction and reinvent itself? That’s the underlying question the Occupy movement has brought, once again, to the table.

David Wann is author of a trilogy of books about culture shift: Affluenza, Simple Prosperity and The New Normal. Find out more at www.davewann.com.

Readers: Should the wealthy compete on doing good instead of doing well? Tell us on Talkback!