Politics, Business, and Governance: Can We...

Politics, Business, and Governance: Can We Stake Our Future on the Art of the Deal? 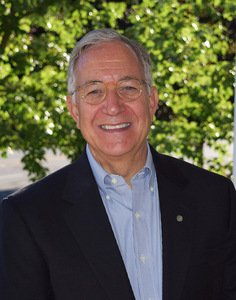 Donald Trump came to the presidency from the world of business and in many ways is surrounding himself with individuals who represent that culture and mindset.

Two weeks after taking office, President Trump convened a business advisory council, the Strategic and Policy Forum, comprising 17 wealthy executives from some of the largest companies in the world. The group is chaired by Blackstone CEO Stephen Schwarzman, who recruited the other advisory committee members, including the CEOs of General Motors, JP Morgan, and Walmart. The council addresses issues related to taxes and trade, regulation, infrastructure, women in the workforce, education, and immigration.

In addition to this group, investor Carl Icahn serves as a special advisor to Trump regarding government regulation of business. Icahn has long been a critic of various government regulatory agencies, most notably the EPA, and has direct business interests in many of the industries he is recommending for deregulation, especially the energy field.

Trump’s cabinet members and principal advisors include other billionaires, primarily from the corporate world, which is exactly what he suggested he would do during the 2016 campaign. In fact, Trump was elected primarily on the basis of his boasting of his business success and his promises to appoint high-powered executives to help him run the country.

As we watch this scenario play out, two key questions come to mind: Does experience in the business world in and of itself qualify an individual to be president of the United States? And, given that politics has traditionally been defined as “the art of governing,” is it now being re-defined as “the art of the deal”?

Clearly, there have been other American presidents who came from the business world. Two of our living former presidents serve as good examples. Jimmy Carter was a peanut farmer and ran a successful family business prior to entering into state politics in Georgia and running for president. George H.W. Bush founded and successfully ran Zapata Oil in Midland, Texas before running for Congress.

But in many ways these two former presidents stand in contrast to Donald Trump. Both Carter and Bush were successful in their businesses, and each had full careers and experience in government and military service before they ran for president. Trump has no government or military experience, and there are serious questions about how successful his business life really is. Carter and Bush disclosed their tax returns during their respective campaigns, and both placed their business and financial interests in a blind trust while serving as president. Trump has done neither, and there are pending criminal investigations into his financial conflicts of interest that present serious questions.

The American presidency as conceived by our Founders is a unique political and constitutional construct combining the statesmanlike duties and characteristics of a monarch and the executive capabilities of a prime minister. The president is commander-in-chief of the armed forces, head of state, and chief executive officer of the government. Ever since Franklin Roosevelt’s New Deal, the president has also been the head of multiple administrative agencies empowered with vast quasi-legislative and judicial powers delegated by Congress, and has been responsible for safeguarding national commerce, health, and safety. The Founders envisioned presidents possessing the character, personal background, temperament, education, and experience in public matters commensurate with the high calling and dictates of the office. Nowhere in their extensive writings, preceding or following the Constitutional Convention, is it suggested that any single characteristic or quality would qualify an individual to be president.

The presidential election of 2016 was above all a national quest for the character and soul of the country. Income inequality and trust in the government were key issues. Many of Trump’s supporters had previously supported Vermont Senator Bernie Sanders, who advocated increased government regulation of business, especially in banking and economic matters, as a means of leveling the playing field and providing a place at the table for poor and middle-class people and families. With the nomination of Hillary Clinton over Sanders, Trump captured some of Sanders’ populist economic appeal and convinced rural and rust-belt poor and middle-class voters that with his successful business background, “he and he alone” could solve their problems and restore them economically.

Now, five months into the Trump presidency, we need to assess how this business-oriented approach is working and where we are headed as a nation. A good way to do this is to view Trump’s actions in office within the context of the modern U.S. presidency, beginning with Franklin Roosevelt. To assist readers with this endeavor, In Our Name has published an extended essay titled “The American Presidency: A 228-Year Tradition; Stories About the Making and Undoing of Presidents.” The essay is a primer on the origins of the U.S. presidency with stories about our 20th- and 21st-century presidents and what made them great or caused them to fail. The essay then turns to an examination of the present administration and how it measures up to previous incumbents.

The In Our Name Initiative is a civic learning project that focuses on public education regarding civics and social justice and on the political and constitutional issues facing our country today.