Enjoying the Career Journey While Keeping...

Enjoying the Career Journey While Keeping an Eye on the Summit 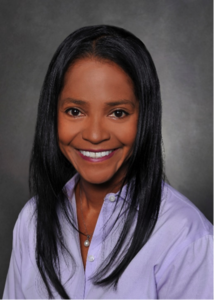 In 2006 Sophia Danenberg, a corporate EHS leader and recreational mountaineer, became the first African-American to reach the summit of Mount Everest.  For this edition of CSRwire’s Talkback, we spoke with her about how her experiences in the mountains have influenced her career path and how she approaches her work.

Q: What inspires you about your EHS career?

SD: Discovering that you can have impact and influence in a variety of roles and positions. When I was an undergraduate studying environmental science and public policy, I assumed I would work at a non-profit or in the government. (Environmental science was still seen as a bit of a "hippie" major.) I never imagined I would end up in industry. However, I've learned that you can make meaningful changes when you bring your core values and beliefs into a company as an employee. Business decisions can have such a significant impact on the environment. From the inside, you can usually see more efficient and effective ways to achieve environmental objectives and become an internal activist. Even when you're not in charge, you can influence key decision-makers and can help shape company policy as a subject matter expert or simply by speaking up and offering solutions when you identify issues.

Q: You are an EHS leader with an untraditional path to success. For those who aspire to a career like yours, what advice would you give to them? What is more important: the path or the goal?

SD: For me, the path is the goal. I've never been traditionally goal-oriented.  I'm not "driven" except in the very short term. (I don't like to do things poorly.) I want to do interesting and meaningful work, wherever that may take me (within reason)!

One unusual aspect of my career is that I have never backfilled a job. Every position I've had has been newly designated or created for me. I've built a career by filling gaps, seeing problems and identifying solutions. It's allowed me to be innovative and develop new programs within major corporations. I've learned to see the possibilities and think about roles that might not exist in the current structure.

My advice would be to remain open and curious, looking for opportunities. Also, always do whatever you're doing now really well. It seems simple but I see a lot of people so focused on the next step that they don't excel at their current job and that becomes a barrier. You are much more likely to be given a chance to create your own path if you are a top performer.

Q: When it comes to achieving your goal, what is the role of preparation? When do you know when to veer from the plan?

SD: Planning helps me to understand my where I am and make informed decisions.  In mountaineering, I make very detailed, sometimes minute by minute plans. (Wake up at 5:00 am. Boil water at 5:15 am. Finish breakfast at 5:30 am. Leave tent at 6:00 am. Reach Point A by 7:30 am., etc.) However, I'm almost always off-plan. I make an initial plan and then constantly re-evaluate where I am and readjust as needed. If I reach a point where I can't recover, I might need to abandon the plan rather than risk being in an unsafe situation, such as climbing after dark.

On the flipside, if you aren't going to be following a tight and narrow plan, you need to be exceptionally well prepared. The more skills and knowledge you gain, the more options you have.

I take a similar approach to my career. Although I have never had a five-year plan or career goals, per se, I do a lot of research, informational interviews and have mentors so that I understand what steps are needed to go into a particular field or direction. If I step off a path, I do it intentionally, knowing I will have to recover or choose a different path. It minimizes surprises or disappointment. I don’t consider myself an expert in any area, but I am above average in a few different skills which gives me some flexibility. I think that’s why I’ve always leaned towards interdisciplinary fields.

For example, at the time that I was offered the opportunity to move into legislative and regulatory affairs, I was working in engineering and planning to go into operations with the thought of becoming a general manager.  However, I was also starting to climb a lot, and I knew that new operations managers did not have a lot of flexibility to take long periods of time off.  The Vice President of EHS was a proponent of work/life balance and supportive of my hobby, so I took the EHS position. Less than two years later, I requested, and was granted, a three-month leave of absence to climb Mount Everest. There are moments, walking through a plant when I start to wonder if I should have pursued the operations path, but then I remind myself that I probably wouldn't have climbed Everest if I had followed that plan.

Q: Has there ever been a moment when you weren’t sure if you were up to the task? If so, how do you overcome self-doubt?

SD: I have always been very analytical, even as a child. When I was nervous or anxious about something, typically in school, I would try to pinpoint exactly what was making me feel that way and what I could do to fix it – sort of like an eight-year-old’s version of an FMEA and risk mitigation. However, I would often realize that my fears weren't logical so I could essentially talk myself out of it. I do the same thing today. I prepare as much as possible, look for any potential pitfalls and then try to let it go. Luckily, I also have more evidence to rely on to calm my nerves than I did as an eight-year-old.  I can think back to all the other times in my life when I doubted myself, and it worked out fine, often better than expected.

To learn more strategies for cultivating a successful career in EHS&S Management, join NAEM for its 2017 Women’s Leadership Roundtable on June 20-22 in Portland, Ore.

Sophia Danenberg leads the international EHS policy analysis program at The Boeing Co. In this role, she is responsible for monitoring, analyzing, developing strategy and coordinating advocacy input for emerging national, regional and multilateral EHS issues outside the United States. Prior to joining Boeing in 2009 she led Global EHS legislative and regulatory affairs for Pratt & Whitney. She received a bachelor’s degree in environmental sciences and public policy from Harvard University and was a Fulbright Fellow at Keio University in Tokyo.  In 2006 she became the first African-American to reach the summit of Mount Everest.