Climate Change and the Rise in...

Climate Change and the Rise in Wildfires: A Look at Best CSR Practices in Fire Management 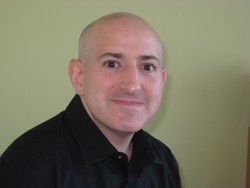 Among the myriad ways climate change is impacting the planet, one of the most visible is the rise in forest fires across the globe. Without a doubt, fire seasons in the U.S. and many other countries across the world are becoming longer and more severe – with human activity bearing responsibility in both the short and long term. According to a study from researchers at the University of Idaho and Columbia University, since 1979 climate change has been responsible for more than half of the dryness of forests in the western U.S. and the increased length of the region’s fire season. Additionally, research from scientists at the University of Colorado at Boulder and the University of Massachusetts Amherst found that humans are responsible for starting 84 percent of wildfires in the U.S., which has in turn tripled the length of wildfire season. This creates a perfect storm - sometimes the most innocent of fires, such as camp fires, due to dryness of the land, can quickly spread with devastating consequences.

This case is not isolated to the U.S. On the other side of the world, Indonesia is currently preparing for the start of the 2017 fire season, with the devastation drought and the infamous 2015 fires at the forefront of everyone’s minds. According to the World Bank, more than 2.6 million hectares of forest, peat and other Indonesian land burned in 2015 and the fires cost the country’s economy $16 billion.  It was reported that much of these fires were a result of illegal land clearing, which combined with El Niño created the elements for these devastating results.

As a forestry leader that operates concessions and harvests and purchases wood from suppliers across the landscape, where there are historical occurrences of fires, we at Asia Pulp & Paper Group (APP) have an obligation to play an active role in fire management in the landscapes where we and our suppliers operate in Indonesia. We take our responsibility for both the trees in the forest and the people living in and around the forest very seriously. Our Integrated Fire Management strategy contains four key pillars that are fundamental to addressing fires in Indonesia and beyond:

One of the most effective ways to help reduce the length and severity of any fire season is to take the appropriate steps in preventing them from starting and spreading. Community engagement plays an integral role in the prevention process. In Indonesia, we focus on raising awareness of fire risk and strengthening ties with surrounding communities. We have invested in programs that educate them about alternate means of land management and development without having to resort to fire, including livelihood alternatives such as rearing livestock, vegetable and fruit farming. We also work closely with the local communities as partners on-the-ground to monitor and prevent fires and collaborate with local firefighting councils to establish frequent ground patrols.

As wildfire threats increase globally, key stakeholders in any region must focus on moving away from reactionary tactics to proactively being ready to fight fires as they happen and prevent them from spreading. To this end, companies like APP are engaging with fire management experts to provide training on Incident Command Systems (ICS). This type of emergency response training emphasizes the importance of coordinating on-the-ground and aerial firefighting efforts.

Efforts to mitigate wildfires should include early detection tools and planning. This means investing in the right technology in order to quickly detect potential or early stage fires.

Over the last several years, APP has explored different technologies to enhance the detection of hotspots and wildfires. From our “situation room” command center in Jakarta, APP monitors hot spots around supplier concessions utilizing hotspot data from satellites, collecting data from the Geospatial Information System (GIS) and overlaying this data with our maps. This system processes and distributes data into an intranet portal that can be accessed by entire suppliers within two minutes.  As not all hotspots are actual fires, when hotspots are detected, teams are dispatched on the ground to verify whether or not the detected hotspots are verified fires. Most recently, we have begun trialing four thermal cameras attached to 60 meter high fire towers. These cameras allow visibility into high risk areas in the forest and are able to detect heat in a 12 kilometer radius.

Finally, rapid response is essential. When wildfires ignite, a combination of on-the-ground and aerial firefighting efforts are required. APP keeps six helicopters on standby, three of which are heavy lift helicopters, with capacity of up to 4,000 liters of water.  These helicopters provide rapid response to fire alerts allowing ground forces the extra time it takes to arrive to remote locations. This is where ICS training gets put to the test and can impact the outcome of an emergency situation.

Fire management is complex and pervasive, which is why it requires a multi-stakeholder approach. It’s more important than ever in today’s global climate that the international community looks for ways to learn from each other to address, prevent and control the negative impact of forest fires.