Is the Occupy Movement a Call...

Is the Occupy Movement a Call for Sustainability? 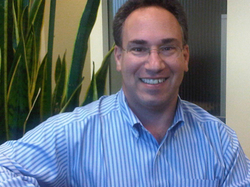 As an author and consultant to companies on CSR, I have been watching with growing interest as the Occupy demonstrations began and have spread from New York to more than 150 cities across the country and around the world. Using social media, I reached out to participants and what I found surprised me.

The initial media stories were somewhat dismissive; focusing on the lack of clarity and focus as the movement grew, perhaps forgetting democracy is inherently a messy process. When different people come together to achieve consensus they come from a broad range of perspectives and motivations. Allowing all to be heard so that common themes emerge and define consensus is the process in its most pure – and inefficient – form.

“What looks like organized chaos, is in fact, organized chaos,” said one participant. He likened this beginning to many other successful reform efforts in both the U.S. and around the world. He described the synergy of people coming together from disparate ideologies, ages and perspectives based on a shared perception that “there is a general disapproval of the way things are. Hopefully it will be inspiring. Our main thrust is to be heard and keep up with the size of our growth.”

The system is not working

America was founded on ‘We the People’ and designed to serve the interests of everyone equally. Yet the Occupy movement has come together because of a feeling, for the majority of people (what they call the 99%), the system is not working.

What I repeatedly heard, regardless of the age, gender or location of the person with whom I was speaking was that neither political party nor any ideology was blamed for causing the problem, or associated with having the solution.

The movement has been born of frustrations caused by a continued moribund economy, protracted high unemployment despite government bailouts of both the auto and investment industry in order to ‘save’ jobs and an increasing erosion of the middle class to the point where the divide between ‘rich’ and ‘poor’ seems insurmountable. At the same time, proposals to reduce social security, Medicare and Medicaid in an effort to reduce the crushing deficit are seen as a similar failure of the government-safety-net ideology.

The more I talked with people, the more I was reminded just how many successful political candidates have run – and won – on the theme of ‘fixing’ Washington and how disappointed people are that none of them have been able to make the changes. Both George W. Bush and Barrack Obama pledged a new era of bi-partisan cooperation and civility. Bill Clinton said “there is nothing wrong with America that cannot be fixed by what is right with America” at his inaugural address. And yet, nothing has changed, despite calls for change from both sides of the political spectrum.

Capitalism without corrupting influence (particularly by government and business)

Overall, Occupiers agree that the government that was established to be “of the people, by the people and for the people” (to quote Lincoln) has been co-opted and subverted by corporate influence. Ed Needham, a volunteer serving on the press and communications team, expressed the feeling “there is institutionalized collusion between business and governance over the last 30 years.”

Put another way, as political humorist P. J. O’Rourke has written, "When buying and selling are controlled by legislation, the first things to be bought and sold are legislators."

One clear goal that appears to be emerging from the movement is representative government free from the corrupting influence of special interests, including wealthy contributors (be they individuals, corporations or organizations). “It is tough to find people who don’t think that we are living in a plutocracy”—where the wealthy control the system and the system is designed to preserve their wealth rather than ‘promote the general welfare’ (as the Constitution promises).

One of the universal ‘demands’ of the Occupy movements is increasing the taxes paid by wealthy (the top 1%). Shouldering one’s share of fiscal responsibility was perhaps best summed up by Ben Franklin, who said “taxes are the price we pay for a free society.” Surveys show the majority of people in the country feel the rich ought to pay more – including some prominent wealthy people. The concept of fiscal accountability is an integral element within any corporate responsibility program and, as we have repeatedly seen – from the boardrooms of Enron to the Deepwater Horizon crew members who recognized the dangers of continuing to drill but were ignored – no effort of corporate accountability can succeed without individuals accepting responsibility for their own actions and behaviors and being empowered to act on those values.

These are actually the kinds of voluntary contributions to society that are only possible under a capitalist system (rather than a forcible redistribution of wealth by the government which would be correctly considered socialism).

Like any group of people, various agendas are driving individuals to participate. Concern for environmental degradation is not as prominent a theme as economic justice, but for many, the two are interdependent and interrelated. When people are struggling to heat their homes, they are less concerned about the long-term consequences of the use of natural gas for heat. When people are hungry, that concern is paramount over any concerns about climate change. But there is a deep concern that businesses have a license to run amok thanks to ‘wink-and-a-nod’ oversight by regulators who are the very people that it put into office through financial support.

Serving as a living example

As part of living the ideology they wish to encourage and see, they say “we’re not getting into bed with any organization. We have to maintain our own direction. We’re not something linked to one political agenda or another. We’re not interested in choosing one social issue organization over another or one.” Similarly, the concept of sustainability (despite the tendency to associate the effort with environmental efforts only) represents a holistic view, where the needs of people, planet and prosperity are understood to be interrelated and interdependent. So, for example, we must understand it is not reasonable to ask, or expect, people living in the Amazon rainforest to forego the advancements of modern civilization (such as decent, safe houses) because the rest of the planet relies on that ecosystem to serve as ‘the lungs of the planet.’

The Occupy movement appears to be gaining strength and support. The consensus-driven, collaborative, inclusive process includes rotating facilitators (again, not leaders). It is admittedly “messy and procedural,” but at a time, when backroom deals are seen as part of the problem, it is also reveling in its transparency.

It has been easy for critics and the media to focus on those who are participating for ‘fringe’ reasons – forgetting there are always those who join participatory events. The peace and civil rights movements of the 1960s had similar hangers-on as well, but they did not detract from the moral authority of those efforts.

I am reminded again of the Civil Rights Movement in the United States. It is important to remember the effort did not begin with organized marches and speeches but rather in similar acts of defiance—occupying lunch counters and seats on buses—that grew into a movement that transformed a nation.

In this age of reality TV and manufactured political events, what many may have failed to recognize quickly became apparent to this author: what we are seeing is a true grassroots movement—a spontaneous and organic movement made up of separate and independent local efforts springing up as people see their own frustrations, and aspirations, being expressed.

John Friedman helps companies large and small engage in programs that help drive performance by realizing their environmental, social and economic goals. A frequent presenter and author on corporate social responsibility, John is author of “The New PR,” a guide outlining how companies must modify the way they communicate to meet stakeholders' changing expectations. He also serves on the board of directors for the Sustainable Business Network of Washington (SB NOW).

Readers: What will Occupy accomplish? Share your ideas on Talkback!