Sustainable Development Goals − How Can...

Sustainable Development Goals − How Can the Private Sector Help? 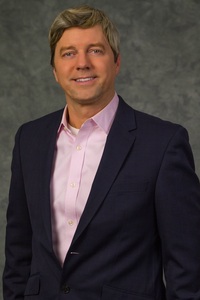 In late September, over 14,000 private and public sector individuals flocked to New York to attend the annual meeting of the UN General Assembly (UNGA). High on the agenda was a review of the 17 UN Sustainable Development Goals (SDGs). Agreed as a collective means to end poverty, protect the planet and ensure prosperity for all, the SDGs form part of a broader sustainable development agenda with each goal having a specific target to be reached over the next 15 years.

There was a significant focus this year on the integral role that the private sector has to play in the delivery of the SDGs, and to encourage further private sector action the UN commissioned a study to identify 17 private sector companies driving change against each of the goals. The report, Spaceship Earth, concludes the scale of the challenge requires urgent action and the business community will play a vital role in achieving this. Highlighted in the report are several companies innovating and adjusting their business models to fit the SDGs including Siemens and Symantec. Asia Pulp and Paper (APP) was also honored to been named within the report as helping to deliver against SDG number 15, Life on Land.

We were selected in the context of our landmark Forest Conservation Policy (FCP) introduced in 2013, which committed the business to no-deforestation in the management of its pulpwood supply chain. Without a doubt, SDG 15 encompasses a challenging goal, which requires greater cooperation between businesses, communities, NGOs and the government on shared approaches to landscapes. But I’m encouraged to see the amount of progress in the past five years, and growing leadership from many countries. Furthermore, if we can unlock the power of climate finance and consumer responsibility and push finance out and into the communities within the forest, the goals will be realized even sooner.

Another highlight of the UNGA was the convening of the 8th annual Climate Week event. The Forum focused on the role of business in advancing sustainable development to prevent global instability. Hosted by UN Secretary-General Ban Ki-moon, it was organized in collaboration with the Co-Chairs of the United Nations High-Level Meeting of the General Assembly.

Again, there was a particular focus on the private sector, with best practice initiatives highlighted. MasterCard was one of the companies featured, and leaders from MasterCard were joined by representatives of Babson College − one of the top business schools in the United States, as well as UNICEF, one of the UN's leading humanitarian aid arms. The main focus of discussion was to highlight how companies and organizations are educating smaller villages in remote locations in creating their own economic systems for self-sufficiency, growth and finance. MasterCard is taking a unique approach by working on a way to create savings accounts and transfer money in third world countries to make payment, trade and make immediate accessibility of funds possible. APP is particularly interested in this area as well --we are working with communities across Indonesia to foster livelihoods and support economic development without placing Indonesia’s forests at risk.

The dedication shown by those attending the UNGA events last week was overwhelming. It was encouraging to see the event was focused on delivery and effecting change, and to see real momentum from businesses.  Only with active participation from the private sector and in turn, the companies and consumers who purchase from them will we truly inch closer to tackling the global challenge of climate change and delivering on much needed critical solutions.