From worm farmer to CEO, how one person's vision has led to one of the most revolutionary companies 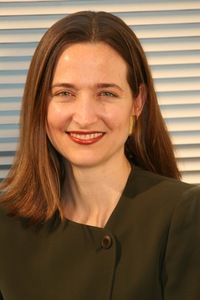 By Alicia Korten, CEO of ReNual

Terracycle has pioneered a business model that is not only helping solve our garbage crisis; it's also fueled their exponential growth over the last several years. Now with revenues of $20 million a year, they are rapidly creating a new asset class—garbage.

Their business model is one of a kind – Terracycle may be one of the only companies that has negative cost of goods. Companies pay Terracycle to take their garbage away, and then Terracycle upcycles it into cool products. [Click here to see a video of Terracycle’s office (it’s made out of garbage!) http://youtu.be/fk67y3JTfkk]

"Garbage has been a blind spot in our society," says Terracycle's VP of Media Relations Albe Zakes. "It's amazing that, until now, people have not thought of garbage as an asset."

The implications are enormous. Terracycle is rapidly developing a symbiotic relationship with major brands like M&M's, Clif Bar and Oreo. Terracycle hauls away their garbage, and extends their brand equity by making Clif Bar backpacks, Oreo messenger bags and M&M designer gowns out of wrappers.

How did CEO Tom Szaky realize his passion was turning garbage into gold? He began his career at Princeton, dropped out and became a worm farmer.

With his business underway and only $500 in his bank account, an investment firm contacted him with a million dollar investment deal. The only catch – Terracycle would need to stop using used bottles for packaging. Amazingly, Tom turned them down.

This was a pivotal moment in which Terracycle realized its purpose was not to provide great fertilizer; it was to eliminate the concept of waste. The recycled bottles were a critical part of that larger mission, not to be compromised by a million dollar deal.

Understanding its purpose propelled Terracycle to branch out to create all kinds of additional products, all focused on eliminating waste from our garbage stream. Juice containers, snickers wrappers, old cloth – everything became material for something new.

Once they had clarified their purpose, the sky was the limit for this rising star. Everything about the company has turned on its purpose of eliminating waste – its products, its offices, and the company's larger story, which has been picked up by CNN [http://www.youtube.com/user/TerraCycleVideos#p/a/u/0/HFCCqxpzexE], 60 Minutes and the Wall Street Journal among others.

Tom began his career as a worm farmer. Today, by clarifying and manifesting his company's purpose, he has become the CEO of one of the world's most revolutionary companies. Terracycle has taken a stand for the planet, and created a business solution to garbage that may fundamentally transform our society's relationship to waste.

Contact Alicia for a free consultation for your company or organization at (703) 875 – 9139 or Alicia[at]renual.com. Or sign up for her newsletter on organizational culture and values at www.renual.com.