Why Infrastructure Building in Developing Nations...

Why Infrastructure Building in Developing Nations Must Start with Solar

Solar is the Key to Infrastructure Advancements in Developing Nations 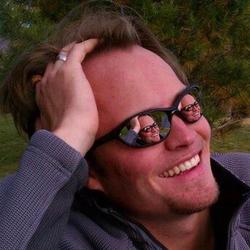 The question of energy efficiency is ever-pressing, especially as it relates to infrastructure growth in developing nations. In fact, so much attention has been given to this topic that the International Solar Alliance recently invited 120 countries to support the expansion of solar technologies in the Global South. As leaders of these countries look to invest in and support this solar initiative, onlookers may be wondering about the logic behind that emphasis — why is solar power the most effective way to start building the infrastructure of developing countries?

One of the main reasons to emphasize solar power growth in developing countries is its affordability. Building out an infrastructure in rural communities is an expensive endeavor, and supporters are often looking for the most cost-effective methods to bring power to underdeveloped areas.

As fundamental solar technology has advanced and gained traction, the price of solar panels has decreased significantly. Costs for the panels themselves have dropped by 80% in the last five years alone, while the overall cost of installation — in the U.S. at least — has dropped by 73% since 2006.

Given that solar power is currently generating slightly more than 1% of global power, while 1.2 billion people around the world currently have no access to power, there’s a lot of room for improvement in the solar field. This sharp drop in initial expenses brings hope that smart solar initiatives in developing countries will help raise that first statistics while reducing the second.

This minimal setup is helpful because many developing countries don’t have the technical engineering resources needed to deliver other, more traditional sources of energy. The networks of power lines and wiring that most First World citizens take for granted actually require quite a bit of effort to build out and maintain.

Fortunately, because solar arrays can be easily set up to work outside of a grid-based system, they open up a lot of potential, especially for rural communities. And once those developing areas have easy access to electricity, they’ll have an easier time establishing other life-changing advancements, including healthcare, education, and more.

A decade ago, solar panels’ efficiency-to-cost ratio may have been prohibitive. Today, that’s no longer the case. As energy research grows, solar panel efficiencies are growing as well. This means that PV cells can convert sunlight into electric power without losing as much energy in the process, putting out more electricity than ever before. Colorado State University, for instance, is conducting research to develop a technology which would provide solar power at only $2 per watt, while one firm in Mexico can reportedly provide electricity at the low cost of just $40 per megawatt hour (Mwh) — significantly cheaper than natural gas or coal.

Other developments have further boosted efficiency, like the SunSaluter, which helps solar arrays move with the sun, maximizing their overall sunlight intake and energy output.

Solar power is also a better fit for development in terms of environmental benefits. Grid extensions that run on fossil fuels are notoriously hard on the environment. In fact, traditional sources of electricity and heat production already account for at least 25% of global greenhouse gas emissions. Solar power, however, doesn’t produce such harmful emissions, making it one of the cleanest ways to increase energy accessibility while decreasing that substantial carbon footprint.

Fossil fuel emissions don’t just hurt they environment, though — they can also be incredibly damaging to human health. The more dependent a nation is on finite fuels, the more difficult it is to keep the air clean, which can lead to chronic respiratory issues, heart problems, and other illnesses. By implementing solar power networks, developing countries can help increase air quality, keeping citizens — and the planet at large — healthy.

The final reason why infrastructure building in developing nations should start with solar is because it’s remarkably reliable. When introducing much-needed power to a new area, it’s important to introduce power that is both renewable and widely available. Solar power comes from the sun — a clean and sustainable source of energy that is expected to be around for billions of years. Fossil fuels, on the other hand, have a much more limited lifespan.

Interestingly enough, many developing countries also have tremendous solar power potential, meaning that it would be fairly easy for communities to rely on solar power. The sun can readily provide enough direct heat and light to sustain new advancements like irrigation, water purification, and basic sanitation.

Finding ways to provide energy to developing countries is a truly pressing issue. Thankfully, there is a powerful solution: solar energy. Not only will efforts to bring solar expand electricity access, but it will also be an important step toward building up other sectors in developing countries.