A Personal Reflection: The Kibbutz at...

A Personal Reflection: The Kibbutz at 100 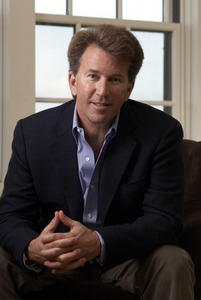 “The kibbutzim’s formation was at the heart of a vision of Zionism that is, alas, in retreat today – a socialist Zionism born from the revolutionary movements of Russia and Eastern Europe at the end of the 19th and early 20th centuries, exemplified in earlier Israeli leaders, like David Ben-Gurion and Yitzhak Rabin. Though the kibbutzim never exceeded 4% of the population, even as late as 2000, 42% of the air force – which is Israel’s military elite – came from the kibbutz sector.

“From their inception, kibbutzim were a combined pragmatic and ideological enterprise. Israel was a scarcity society, a country in formation—and a rugged, communal lifestyle organized around cooperative farms offered the young country a way to grow by exploiting human resources to the fullest. Even collective child rearing, once considered a bastion of the kibbutz ideology, was a pragmatic effort to pool adults’ time for work while one adult watched over dozens of children. Society supported the kibbutz overall, from the banks to the government, with subsidies that allowed the desert to bloom.”

On my recent trip to Israel, I traveled to the Menashe region in the center of the country to visit The Givat Haviva Institute of Advanced Studies to speak with Dr. Alon Pauker, a researcher at the Yad Ya’ari Research and Documentation Center (www.givathaviva.org.il/english/).

The center serves as the primary documentation center for Kibbutz history. I hoped to understand what has become of this once grand experiment in egalitarian social design. Next to the Givat Haviva, I also visited the Kibbutz Ma’anit, which owns one of the more successful kibbutz businesses.

The Birth of an Egalitarian Social Vision

At the birth of the Israeli nation, the Kibbutz served a practical function: to build settlements on the outskirts of the country to define what would become the boarders of this new land. From a security perspective, the Kibbutz stood in between intruders and the interior of the country, a quasi-military function. Agriculture almost completely defined the commercial focus.

Ideologically, the Kibbutz movement set out to create a new kind of society, and to build the foundation of a new nation that embodied a Zionist, communal, socialist vision. They were pioneers. They provided their own education and survived as a separate society supported in large part by the Jewish government.

This vision influenced cooperative movements all over the world from Mondragon to LegaCoop, who studied this new expression of egalitarianism for ideas to integrate into their own models.

The Erosion of the Kibbutz Vision

While some kibbutz-owned businesses continue to be financially successful (300 businesses owned in part by kibbutzes generate $4 billion in revenue and almost 15% of total industrial output in Israel), the numbers don’t tell the whole story.

Almost 70 years after the birth of this vision, the kibbutz movement suffered a series of crises from which it has never fully recovered:

“By the 1990s, the kibbutzim had a combined $6 billion debt and an aging work force. The children of the dream left the kibbutz for life in the city, not returning after university, and the movement had no realistic strategy for recruiting new members.”

“Kibbutzim today range from communities that have become completely private to what the movement calls ‘renewing kibbutzim,’ which allow members to keep private salaries but pay progressive taxation into the community to support a strong social safety net that supports those less able to work and provides for added amenities, like health care, elder care and schooling.

“The communities are using their new economic resources saved from economic restructuring to build new neighborhoods for young people who grew up and left the kibbutz but want to return home to raise a family in a countrified atmosphere that boasts green grass, good schools and less-expensive real estate. So far, these young people are willing to pay extra taxes to be part of a community that boasts a better lifestyle.”

As I drove back to Tel Aviv at the end of the visit, I remained unconvinced that kibbutzes as a mode of social change remained possible, nor perceived there to be a clear strategy that would help kibbutzes adapt and become once again relevant to Israeli society.

Even with such a rich heritage, and hundreds of thousands of Israelis demonstrating against social inequality, the opportunity for kibbutz to provide leadership to a society struggling to define its future seemed clear to me – but alas, not to the kibbutzim members.

Jo-Ann Mort is a co-author of “Our Hearts Invented a Place: Can Kibbutzim Survive in Today’s Israel?” (Cornell University Press, 2003). http://www.forward.com/articles/127235/#ixzz1YooJf6wb

Jeffrey Hollender is co-founder and former CEO of Seventh Generation. He is the author of the bestseller, How to Make the World a Better Place: A Beginner's Guide to Doing Good, as well as five additional books, including The Responsibility Revolution and Planet Home. He is a board member of Greenpeace US and Verite and also co-founder of the American Sustainable Business Council. Visit his blog to learn more. He can also be found on Twitter (@jeffhollender) and Facebook.

Readers: Jo-Ann Mort purposed the question: Can Kibbutzim survive today? Tell us your thoughts on Talkback!