A Reaction to the Overturn: NYC...

A Reaction to the Overturn: NYC Foam Ban 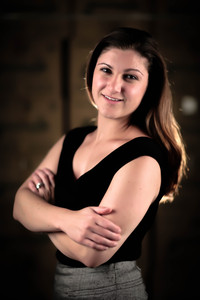 In a time when we see so much positive movement towards reducing fossil fuel usage, cleaning up our air, our water, and our planet overall, last week’s decision to overturn the NYC Foam Ban was both massively unexpected and entirely disappointing.

The ban of single-use foam products like cups, take out containers, and packing peanuts was set to take effect July 1, 2015 in New York City and the boroughs. The ban was implemented after determining that foam was harmful to the environment and could not be recycled in an economically feasible or safe way.

Mayor De Blasio noted, “These products cause real environmental harm and have no place in New York City. We have better options, better alternatives, and if more cities across the country follow our lead and institute similar bans, those alternatives will soon become more plentiful and will cost less. By removing nearly 30,000 tons of expanded polystyrene waste from our landfills, streets and waterways, today’s announcement is a major step towards our goal of a greener, greater New York City.”

Things were looking up. New York became the largest of dozens of cities who took a stand against the petroleum-based plastic. With the Big Apple on board, there was confidence that many other cities would soon follow suit.

But the ban on foam was not taken lightly by major foam producer Dart Container Corporation (Dart/Solo) and the Restaurants Action Alliance. It was immediately appealed, and on September 29, before the ban even had a chance to make a positive environmental impact for New York City, Supreme Court Judge Margaret Chan overturned the ruling, stating that evidence from the Restaurant Action Alliance studies proved foam can be recycled. This ‘win’ is being called “a victory for NYC recycling” by Dart.

A victory? It’s an odd choice of words, because aside from that fact that using petroleum-based plastics is extremely outdated and terrible for the environment, what Dart and Judge Chan seem to be forgetting is that on average only 30% of what is recyclable actually ever gets recycled. That’s right: 70 out of every 100 foam cups will not even end up in the recycling bin. Of the 30 cups that do get recycled, Dart claims “only 5 to 10 percent will end up in landfills”. So, not to worry, 75 to 80 percent

of foam will still end up in a landfill, but Dart will help us recycle the measly 20 percent that does end up in the right bin! Not quite a victory for recycling after all.

Perhaps even more disturbing, the National Research Council in the US recently noted that styrene can be “reasonably anticipated to be a human carcinogen”. These effects are furthered when ingesting hot beverages or food from foam containers, because the heat causes these carcinogens to leach out of the container and into your food.

It is clear, the only way to keep foam out of our streets, water, landfills, and bodies, is to eliminate it entirely.

Last week I along with other management members of my company spent time at Columbia University’s International Conference on Sustainable Development. We discussed the Sustainable Development Goals (SDGs) that the UN recently adopted, one of which urges us to eliminate fossil fuels all together and rely on more renewable energy sources. What I took away from this conference is that these SDGs are not forced upon us by law. The people must implement them, follow them, and ultimately meet them, or our world as we know it will not continue.

This overturn is two steps backwards for the people. It keeps our use of petroleum high, it spoils our waterways, our land, and our bodies. This is a disappointing decision, indeed. But I have hope that the people will stand up, our government will back us, and we will start to move in the right direction once again. Remember, Your Choices Matter, so next time you are shopping, choose the sustainable option. Better products are out there, they are environmental, and they are affordable. Make a difference. Choose them.