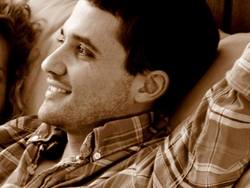 “A picture held us captive” said Ludwig Wittgenstein. “And we could not get outside it, for it lay in our language and language seemed to repeat it to us inexorably.”

Aware that the sustainability movement might be in danger of extinction as it remains largely co-opted by outmoded paradigms, founder of CSR International, Wayne Visser, sets himself to the task of rescuing business from an obsolete image – one painted in the name of endless extraction and one-dimensional short-termism. At the heart of his endeavour is presenting an alternative (and rather vivid) picture of what the business community should strive for.

With ringing clarity and customary depth, Visser brings his multiple publications into dialogue with inspiring case studies, contemporary reports, and range of quite unconventional voices (unconventional, at least, for the business person who has taken for granted the modern workplace and economy, which, he affirms, “is devoid of a soul”). Written by a vivid story-teller, the book blends insights ranging from Jan Smuts’ work on holism, to Victor Frankl’s post-Holocaust reflections, to Anita Roddick’s legacy embedded in The Body Shop’s Values Reporting. After revealing some illusions and shortcomings of the much-celebrated shared-value model, and by proposing what he coins “integrated value”, Visser sets himself to the task of blurring boundaries between philosophy, business, systems thinking, and spiritual ecology, among others. The time is ripe for business to transcend utilitarian measures of self-interest, to become, instead, an entity at the genuine service of socio-ecological wellbeing. “Co-operative advantage”, “survival of the wholest”, and “Net Value Footprinting” are but a few of his championed suggestions.

Core to this shift is leaving behind incremental and tangential change to embrace transformational business models that tackle the systemic causes of what Visser admits may well lead to the demise of our species (not least that of countless others). Without surprise, he identifies greed as a main vice at the heart of our conundrum. In what he foresees as a new Reformation in which “substance must replace ceremony”, the high priests in the business community are called into question. Hence addressing the challenge begins with bold but compassionate leadership, placing a call for leaders with their hearts in the right place. With poetic license, the author equates many of today’s executives with roaring lions, and alternatively advocates for wise elephants – creatures with highly developed social tendencies.

Besides leaders themselves, tomorrow’s organization also needs new metaphors – new pictures, to recall Wittgenstein’s dictum. One the one side, Visser rightly welcomes new governance structures – such as B Corps, CICs, and the blessed unrest characteristic of the myriads of social enterprises whose work is diligently advanced by countless unsung heroes (and heroines). On the other, he shifts away from the mechanistic understanding of people and places by grounding his book in contrasting organic images that certainly pay homage to the wisdom of biomimicry.

The reliance on natural images is not entirely pervasive, however. Central to the author’s work is what he coins CSR 2.0 – a transformation of social responsibility mirrored after the Internet’s 1.0 evolution from linear and broadcasted towards dialogical and collaborative. While at times seemingly over-confident that our new virtual technologies will address most of our problems (to which Neil Postman’s Technopoly would likely blow a whistle), Visser sees the ‘wikis’ and the Internet as supreme vehicles for assisting what he identifies as “hard-core changes”. Despite the merits or pitfalls of ever-new virtual technologies, what is true is that these changes are needed because “the inconvenient truth is that CSR sometimes pays . . . but more often does not”. The call, then, is to place ethical governance, societal contribution, environmental integrity and value creation as the four (mandatory) bases of the new DNA of business – with Puma’s full-cost accounting, Patagonia’s LCAs, Marks & Spencer’s choice editing, and Interface’s closed-loop servicing being but a few of the intended outcomes (not to mention the need for companies to become genuine lobbyists for progressive national policies).

The sustainable frontiers explored in the book are mostly addressed to the business community, as the subtitle clearly suggests. While one would have also welcomed the perspective of steady-state economists such as Herman Daly, the agroecological wisdom of classic and contemporary agrarian writers, and the permanent localism of the transition-town movements, the eight chapters and the moving epilogue do a remarkable job in laying down alternative foundations for executives, managers and practitioners. Whether companies are to be the ultimate catalyst for systemic change – and whether the author is somewhat under girded by late-modern assumptions which have elevated the institution of business and the market above all others – those remain questions to be explored elsewhere. He may well be doing his best to break free from such assumptions, or to speak our language simply to meet most of us where we are at in our highly-consumptive societies. Regardless, Visser’s twenty-five years of international experience, his honest quest for a post-mechanistic society, and his repertoire of inspiring stories from North and South, East and West, rightly pose him as a global thought leader in the field.

In reading through the sincerity of his manifesto – which notably stretches back to include the creation stories and traditions of ancient cultures – one feels prompted to paraphrase an outlandish Galilean in remembering that humans were not made for the economy, but the economy for humans.

The time is certainly ripe for such an image to hold us captive, and by doing so, unlock the change we need, and set us free.