Inter-Departmental Collaboration: Strengthen Your Brand and...

Inter-Departmental Collaboration: Strengthen Your Brand and Employee Retention Through Working Together 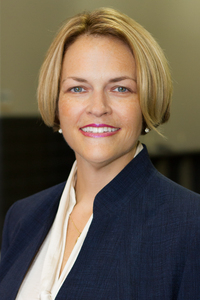 In many of our companies, silos exist between departments.   Our challenge lies in breaking down those silos and growing synergies across business lines. We know that skills shared across functions strengthen the company as a whole. Inter-departmental collaboration, especially on community-based programs not only breaks down silos within a company, but also helps build your brand within the community.

I want to share an experience that we have had at Best Buy in which multiple departments worked together to strengthen a community and employee engagement program. The collaboration resulted in great publicity and increased employee satisfaction and retention rates.

History: For the past eight years Geek Squad Agents have traveled the country offering free two-day technology camps for girls and underserved teen populations. These camps, called Geek Squad Academy (GSA), bring cutting-edge technology and curriculum into the hands of youth who may never have the opportunity to otherwise touch, play, experiment and experience what technology has to offer. The goal of the program is to spark an interest in technology that will inspire youth to pursue future education and careers in the world of tech.

How do we collaborate across business lines to strengthen Geek Squad Academy? After years of the program fully residing under the Geek Squad business, in 2012 the full operational management of the program was moved to the Community Relations team. Recognizing a lack of historical program knowledge, a core team of three Geek Squad Agents was assembled to maintain the popular camp culture, navigate the politics of pulling employees from their regular job duties for special assignments (some lasting 3 days others lasting several months), and coordinate curriculum and technology.

Once the markets and non-profit hosts were identified, recruitment of employees as camp staff, “Instructors and Class Helpers”, was facilitated via both the local Geek Squad and Retail channels.  Engaging leadership in both channels ensured commitment to a sufficient number of skilled-employees (both Geek Squad Agents and store Blue Shirts) to the three-day camp execution. For each camp, the Logistics team was responsible for coordinating the movement of the tracks of equipment from camp to camp with timed precision. Throughout the camp season, the Public Relations and Social Media teams worked their magic to not only connect with local reporters, both print and TV to attend camp, but also provide in-the-moment tweets with pictures of the camps in action. Having B-roll available on our press website produced by our Yellow Tag Video Production team helped facilitate local news reports.

This cross-collaborative effort of 9 Best Buy Departments resulted in:

Each year, Geek Squad Academy benefits from this cross-functional collaboration, like a savings account benefits from compounded interest:

For our employees, our communities, our business, and especially the teens, this collaboration has endless potential for positive impact.

“A moment of impact has potential for change—it has ripple effects far beyond what we could predict. Sending some particles crashing together, making them closer than before while sending others spinning off into great adventures landing where you’d never thought you’d find them.”- -The Vow.

Join me at the Charities@Work Corporate Employee Engagement Summit, March 23-25, 2015 at the Crowne Plaza Manhattan Times Square in New York. We will be discussing collaboration. For more information visit http://www.charitiesatwork.org/