Trust: The True Power of Digital... 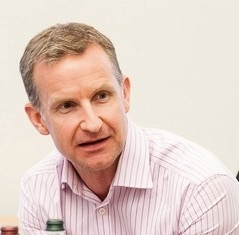 As part of January’s CSR / Sustainability Communications and Reporting Series we reach out to those at the vanguard of thought leadership in each theme. Today’s guest, for me, epitomises this growing group of advocate professionals forcing the agenda way beyond formal corporate job descriptions. By pushing past offered authority to educate and inspire, John Friedman and those like him are the energetic (and if you are ever lucky enough to meet John you may need enthusiasm protection equipment) real catalysts of change.

Below are a few words from John sharing his thoughts on trust, sustainability, PR and digital media, covered in much further detail in his new DoShorts book, PR 2.0: How Digital Media Can Help You Build A Sustainable Brand.

“Several trends have come together to transform how organizations can effectively communicate with stakeholders.

The true value of digital media can only be fully realized by leveraging these trends and some companies have embraced the new world of digital media effectively. But many others are using these powerful tools as an additional mechanism to speak to (rather than engage with) stakeholders. Some are still using their websites primarily as online versions of their marketing brochures, posting press releases (often in static formats like PDFs) and even using Twitter to spit out a flurry of 140 character ‘sound bites’ without a strategy for engagement.

For all the money being spent to develop and implement digital strategies to engage directly with publics, it is not working. Public confidence in corporations to do the right thing remains shockingly low. Forbes reported in January 2014 that when asked whether they trusted business leaders to ‘tell you the truth, regardless of how complex or unpopular it is,’ only 20 percent of the public said yes. Just 21 percent said they trusted business leaders to ‘make ethical and moral decisions.’

This erosion of trust stems from many reasons – not the least of which are the examples of malfeasance associated with the housing market and economic collapses. Far more executives and businesses behave in ways that are exemplary – yet that does not balance the negative examples.

Part of the reason why businesses have been ineffective in building trust, I believe, is because too many of them are using 21st-century tools in a manner more suited for the 20th. That includes not trusting themselves or their employees to truly engage with people in ways that are new and intimidating. Indeed, companies simultaneously dismiss and fear digital media, while at the same time hoping (and in some cases working hard and paying millions of dollars) that something that puts them in a favorable light will go ‘viral.’

We all know that the three most effective forms of human communication are 1) face to face conversation, 2) small group interaction and 3) larger group interactions. Digital media offer mechanisms for each of these methods but too often companies and organizations resort to using them as little more that advertising, failing to take advantage of the true power of digital media.

When you consider that the average person has around 200 followers on Twitter this fear seems overblown. Especially when you realize that companies hand out logoed apparel to employees who interact with potentially thousands of people without requiring that they adhere communications guidelines when wearing their branded items. And they don’t even require that they surrender these items upon leaving the company. Why not? Because they’re familiar. But they are also social media. In fact, they are so common place and companies recognize the value so much that at trade shows, they hand out these items to complete strangers, including those who may work for competitors!

I believe that day is coming. And the advantage will be to those companies and organizations that recognize that just as the web went to interaction as part of Internet 2.0, PR 2.0 requires the same transformation.”

Take heed. Are you one of that group of emerging leaders that pushes organisations away from the dinosaur-like defensive cultures holding back change? Listen to John, be brave, be tenacious, make mistakes, learn, share and keep pushing for more good.

John Friedman is author of PR 2.0: How Digital Media Can Help You Build A Sustainable Brand.