Saving Our Seas: Tapping into the...

Saving Our Seas: Tapping into the Wisdom of OceanElders 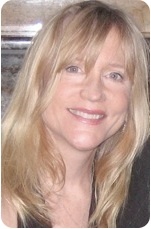 For 10,000 years, the ocean has been the life support system that has generously supplied us with air, food, and shelter in the embrace of a livable climate. In a perfect world, human beings might have fit nicely into the Earth’s ecosystem, in balance with the rest of nature. Over the last half-century however, that’s not been the case. Since the industrial revolution, man’s effect on the ocean has been likened to an invasive species. Man’s greatest predator has quickly become man himself.

As a species, who will save the day?

One thing working against the ocean is that problems are out of sight, out of mind. Its wounds lie beyond and below our line of vision. Many people have never even seen it except on television, in books and movies, on menus, or in pictures on the packaging of ‘seafood.’ Of those who have seen the ocean, most only see a surface that glitters and shines, and splashes upon the shore in a spectacular show of white frill. What most of the population doesn’t see is that our ocean lies unprotected and exposed, subject to looting, polluting and plundering.  As a result, we have depleted the ocean’s fish stocks by 90%, clogged it with trash, saturated it with chemicals, cranked up the temperature, and altered the acidity to the point where seawater is dissolving coral, cartilage and bone.

On a positive note, with new technologies and greater knowledge we now know more about the ocean than ever before. With the advent of these new tools, a woman named Gigi Brisson has become determined to make a difference. After an inspiring Mission Blue expedition with oceanographer Dr. Sylvia Earle in 2010, she decided to start something that would have the potential to reverse the ocean’s steady, if not alarming, decline. She developed a plan for how people of influence could pool their talents and resources in the best interest of the ocean, and founded  OceanElders.

The hope is that the OceanElders can get things done together while everyone else is still talking about it, according to Dr. Sylvia Earle. “We used to think that the ocean was too big to fail. Now we’ve learned that it can. We are in a narrow window of human history when we have the knowledge and the technology to tackle these problems-- just in time. It’s urgent. The next ten years can be the most important of the next 10,000.”

When asked about being an Ocean Elder, Ted Turner said, “OceanElders are older and supposedly wiser people trying to concentrate on solving the problems of the ocean.” Graeme Kelleher said, “It’s a group of people dedicated to saving the world ocean and the entire biosphere, including humanity. Sven Lindblad described the group as an aggregation of diverse influential voices that can collectively help shape ocean policy. Science advisor Dr. Greg Stone said, “It’s a committed group of people effecting change.” One of the earliest and oldest OceanElders, Captain Don Walsh, described the group simply as people who can pick up the phone and do something, or stop something, as the case may be. There are rumors that more star power that can do just that will be added soon.

To date, OceanElders has been effective by partnering with global organizations to support ocean protection in the form of appearances, videos, Op-Eds and letters, including a letter to President Putin in support of Conservation of Antarctic Marine Living Resources (CCAMLR).

The Time is Now, OceanElders Summit

OceanElders (OE) held a summit entitled The Time is Now on the eve of Climate Week 2014 in New York City. Colleagues who share the OE mission gathered to meet one another with the intent to share wisdom and experience, explore new ideas and incite successful collaborations.

Speakers at the event emphasized the need to work together for a new global architecture for the high seas, the half of the world that is beyond national jurisdiction and lies unprotected. Trevor Manuel of the Global Ocean Commission and Dr. Sylvia Earle presented a poster to Jan Eliasson, Deputy Secretary-General of the United Nations, reading “257,000 people from 111 countries want a new agreement for high seas protection.”

H.S.H. Prince Albert II of Monaco said, “There cannot be social economic development without resilient and productive oceans.” The Prince went on to say, “The Earth's marine environment provides humanity with a number of important services ranging from the air we breathe, to food security and storm protection. These in turn underpin lives and livelihoods around the globe."

In reference to one of the biggest problems that plagues the ocean, IUU (Illegal, Unreported and Unregulated Fishing), Under Secretary of State, Economic Growth, Energy and Environment, Catherine A. Novelli said, “It is only fair that we both level the playing field for honest fishermen and do everything we can to manage fisheries around the globe in a sustainable way.”

Palau President Tommy Remengesau, Jr. shared the wisdom of his island’s ancient tradition of “bul,” which places a moratorium on fishing in order to replenish those stocks and maintain balance. In this tradition he has declared his country’s Exclusive Economic Zone (EEZ) as a marine sanctuary, the first of its kind in the world. “We are on the brink when this free-for-all is coming to an end,” he said.

The event concluded with a brilliant performance by celebrated artist Norah Jones. Dozens of attendees then gathered at a nearby establishment to further the discussion.

OceanElders invites everyone to join in the discussion at http://community.oceanelders.org/forums/135006-discuss-your-ideas