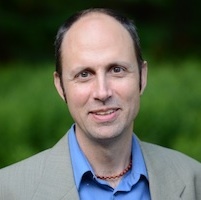 Today's announcement of 3BL Media's acquisition of CSRwire reminds me of a family re-union that strengthens the fabric of its community. The Corporate Social Responsibility (CSR) and sustainability field's two preeminent news distribution channels have vied with each other within the broader media landscape dominated by the likes of BusinessWire, PR Newswire, and PR Web. Combining the voices of 3BL and CSRwire amplifies their messages to compete with these behemoths on more equal footing, further raising awareness of the value (and values) of CSR and sustainability amongst businesspeople – and beyond.

The two companies share common DNA, but take distinct approaches to spreading the word on corporate environmental, social, and governance practices. CSRwire, launched in the late '90s above the Vermont garage of SRI World Group Founder Jay Falk to distribute CSR-related press releases, has stuck close to its knitting ever since. A decade later, CSRwire executives Greg Schneider, Cindy Schneider and Doug Fulton split off to pursue their vision of leveraging the Social Web to distribute multimedia content (including blogs, video, research, etc...) that addresses the Triple Bottom Line of social, environmental, and economic issues (hence the name 3BL Media).

This combination of common roots and diverse approaches makes this a “sum-is-greater-than-the-parts” acquisition. Indeed, CSRwire's focus complements (and therefore enhances) the strengths of the 3BL family of companies. For example, 3BL's 2011 acquisition of Justmeans resulted in the addition of blogging by a stable of up-and-coming CSR writers. CSRwire's move into editorial content, which started with broader contextualization of press release stories in the intro section of its weekly news alert (that I wrote for several years), expanded in 2010 to include regular blogging by prominent thought leaders such as John Elkington and Hazel Henderson. So, the acquisition brings a full spectrum of editorializing – from Justmeans' broad focus on emerging issues to CSRwire's informed analysis by leading voices – under the 3BL Media umbrella.

Consolidation often marks the maturation of a field, as it seeds new ideas and practices into the broader consciousness. Top-down consolidation that happens too early can stunt the growth of new thinking; bottom-up consolidation, as we're seeing here, helps nurture the continuing development of the CSR and sustainability field. One powerful new idea is “integrated thinking,” or embedding sustainability as a standard component of business decision-making.

Riffing on this notion, the folding of CSRwire into the 3BL family advances what might be called “integrated distribution,” or the unification of CSR news into the broader landscape of business news currently dominated by bigger media companies. Today's development thus represents yet another step toward a corporate climate that reconciles itself with the responsibility necessary for continuing sustainability – not only of people and planet, but also of profits.