The world is counting on APP to act with character and deliver tangible, meaningful and permanent results. 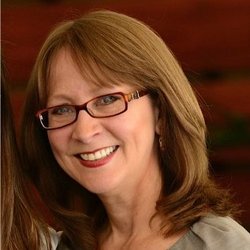 There has been a lot of buzz recently about the commitments of Sinar Mas Group’s Asia Pulp & Paper (APP) to restore and conserve one million hectares of Indonesian forest and peatlands, an announcement additional to its other Forest Conservation Policy and social commitments announced in 2013.

Many stakeholders have expressed cautious optimism about the announcement, and I add my voice to this chorus. To quote late U.S. President Ronald Reagan, in his advisement on the arms race, the way forward is to “trust but verify.”

I have a lot of respect for APP's stance. After a decades-long corporate career, I know how challenging it can be to publicly declare significant environmental and social commitments.

I am also a pragmatist: it is results, not motivation, that matter.

APP has a long history of controversial operations and impacts on Indonesia’s forests, wildlife and local communities, and the company’s commitments acknowledge this reality. Whether APP is now motivated to protect the Earth or to protect their long-term business interests is irrelevant, as long as the right actions are taken and desired impacts are achieved – and maintained.

APP’s Aida Greenbury and I caught up at the Sustainable Brands conference last month, where we discussed deforestation and environmental degradation under the blue California sky, seated along the clear water of San Diego Bay. I also contacted Linda Walker of World Wildlife Fund [WWF] and asked her to share WWF’s perspective.

In the interest of transparency, I must disclose that WWF was one of my NGO partners when I worked on the issue of deforestation at Avon. However, I contacted Linda because WWF is part of the Eyes on the Forest and Kalimantan Forest Monitoring NGO (RPHK) coalitions and one of the NGOs that participates in

The SWG brings together APP, outside experts and NGOs and serves as a venue for discussing concerns and issues related to APP’s Sustainability Roadmap, Forest Conservation Policy and performance targets and milestones developed by the Environmental Paper Network (EPN).

Starting with the Sustainability Roadmap of 2012, followed by the 2013 Forest Conservation Policy (FCP), and culminating (so far) in the 2014 commitment to restore and conserve one million hectares, APP has done an excellent job of acknowledging a broad array of issues, expressing its commitment to clean up its supply chain and seeking external input.

The SWG, described above, is a multi-stakeholder platform including NGOs such as Forest Trust, Greenpeace and WWF that provides the opportunity for embracing the criticism, as Greenbury described it APP also enlisted Forest Trust to help translate NGO terms into corporate language (or, as Forest Trust called it during a SB’14 panel: mediating between two species).

It is meaningful to note too that APP shares confidential data and information with Greenpeace for feedback – a level of transparency often difficult to achieve within a corporate framework.

So what does APP want to redress?

A Journey with Many Pitfalls

But it’s not easy being green and Greenbury admitted that APP is in the middle of the journey, including working to imbed sustainability into internal jobs; educating and engaging suppliers, concession holders

and communities; and capacity building for small holders, who are slow to embrace the new ideas.

Helping identify and address the issues, a Joint Steering committee meets bimonthly and the SWG meets quarterly. All good steps that indicate sincere commitment. But, as anyone in marketing knows, intent does not always translate into action.

According to WWF, it is encouraging that APP has committed to an independent audit by Rainforest Alliance of progress against APP’s FCP, and has committed to address its deforestation legacy with a one million hectare conservation and restoration commitment. However, there is still no:

Both sides, however, were also quick to recognize the progress made and the work still to be done. For instance, APP’s Greenbury candidly acknowledged that auditing and verification is still in development while WWF’s Walker recognized that for now the moratorium appears to be holding except for a few violations.

So let’s give APP credit for taking these first steps on a long journey. APP has been in business for over 30 years and it will take time to remediate three decades of deforestation. The devil will be in the details but at least the process has begun.

“APP’s new restoration commitment is encouraging but only time and on-the-ground results will prove whether this and their FCP translates into lasting conservation impact.”

Character is what you do when no one is looking. And the world is counting on APP to act with character and deliver tangible, meaningful and permanent results.

Meanwhile, as Reagan advised, we will trust and verify.