The Power of an Impossible Goal

The Power of an Impossible Goal

"I stood indicted as a plunderer, a destroyer of the earth, a thief, stealing my own grandchildren's future. And I thought, My God, someday what I do here will be illegal. Someday, they'll send people like me to jail." - Ray Anderson

Series: Creating Lasting Value: How to Lead, Manage and Market Your Stakeholder Value 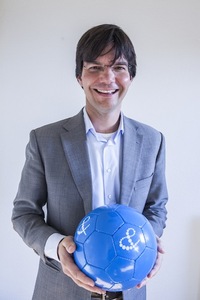 Inspired by a Simple Question

Interface was founded by Ray Anderson in 1973 and grew to become the world leader in carpet tiles with a turnover of a billion dollars. But in the summer of 1994 a sales manager left a memo on Ray’s desk:

“Some customers want to know what we are doing for the environment. What can we say to them?”

Anderson knew it would not be enough to simply tell customers Interface complied with environmental legislation. So a sustainability task force was set up to give a better answer to the customers’ question. Anderson was due to give the kick-off speech, but he didn’t know what to say. That is, until he read Paul Hawken’s book, The Ecology of Commerce.

Hawken's message was that the world’s major corporations are the only institutions powerful enough to save us from the environmental disaster they are now creating. This realization led Anderson to set an “impossible” goal. He wanted to build a successful, profitable business that would also make a contribution to restoring the environment.

Interface would be fully sustainable by 2020: Mission Zero.

Many, including Wall Street, found

How to Climb the Mountain

To begin with, the definition of “waste” was significantly sharpened, so that all fossil fuels were also defined as waste and, therefore, eliminated. The company decided to climb Mount Sustainability on seven strategic fronts.

Employees’ ideas play a key role in attaining these objectives. Interface launched a company-wide program known as QUEST: Quality Utilizing Employees’ Suggestions and Teamwork. Employees’ ideas are actively collected and used to reduce energy consumption, eliminate waste and communicate milestones so that employees know that their contributions have effect.

But, Interface discovered they could only directly influence 17 percent of its impact on the climate.

The rest was accounted for by the use of carpet tiles by customers (15 percent) and by the raw materials (68 percent). To hit these numbers, Interface had to seek out creative solutions in the production chain and totally overhaul its business model in some areas. For example:

These are just a few examples from a very long list of initiatives but they illustrate the power of pursuing an “impossible” goal.

Today, 70 percent of that original goal has already been achieved. Moreover:

With an annual turnover of $932 million, Interface is the world market leader.

But Interface is not euphoric just yet. Because as they say themselves, the final steps up Mount Sustainability are the hardest.

Lesson from Interface: It Can Be Done

So what was key in Interface's

But the company also raises a number of intriguing questions:

Asking is the first step.

Next: Why life starts after retirement.