The Thing with Trust: How Brands...

The Thing with Trust: How Brands Can Help You Get a Social Life

Part Two of a CSRwire series based on the book The Brand Strategist's Guide to Desire. 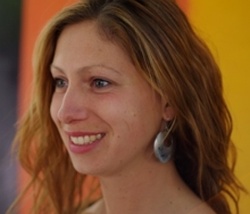 People like to belong, and theories abound as to why. Many take natural selection as a starting point, emphasizing our competitive nature, driven by the need to survive, find food and attract a mate.

Marketers have made this a self-fulfilling prophecy, appealing to status – and particularly sexual status – in order to market their wares, from deodorant to cars and shoes. The products certainly sell but whether they actually make us more attractive or help us feel like we belong is debatable.

The assumption of skeptics is that if you pay to be part of a community, then your experience of it will be less authentic and less satisfactory. This isn’t necessarily the case. People pay considerable sums to meet others like them.

They know what they’re actually purchasing is the context and time in which these relationships can be enjoyed, as opposed to the social bonds themselves. All interactions and communities require some infrastructure: a space to meet (be it physical or virtual), activities to pursue – even ways to recognize each other, from a Twitter handle

to a football club scarf.

A context to meet people is one thing; developing trust in them is another. You may be happy to hang out in a bar, but not willing to talk to strangers at the next table.

But what can brands do to help?

“If you think back to the founding of eBay in 1995, the idea that total strangers anywhere in the world could come together and trade what they have was pretty crazy to a lot of people.

“But Pierre Omidyar [the company’s founder] believes deeply in trusting people, and that if you give people the right tools, people will do great things. Ordinary people can use this platform to pursue their passion, create a livelihood for themselves, give back to the community, create new models of consumption, new entrepreneurial models, new retail models. We think that’s very powerful.”

In eBay’s case, trust is generated through user feedback: a bad experience can cost a reputation.

That’s all very well for an online shopping spree, but what happens when more is at stake?

Ansaar Management Company (AMC) was set up to sell housing in the wake of the severe floods that caused over 20,000 people in Pakistan to lose homes, jobs and crops in 2010, and in which 2,000 lost their lives.

AMC recognized building houses would not be a sustainable business proposition without also building the fabric of communities: schools, hospitals, water and waste infrastructure—but most importantly, trust.

So how did a profit-making business proceed?

By focusing on trust.

Or as Amjad Aslam, Director of Development at AMC, explains, while drawing on the example of Noor Ghazi (a settlement of 100 houses in southwestern Punjab):

“For the first six months, a group of people – the future residents, the engineers and the civil construction technicians, and AMC’s community development people – were all living on the site; they were all in tents. When, after one and a half years, the construction people exited, the community development people carried on living there alongside the residents for another two and a half years … helping them to organize bills, to develop councils, to deal with floods.”

Other brands may not be in a position to live with their audience but they can always listen to them.

“Listening is the most important element for AMC,” says Aslam, “because in a way we are foreigners to them. Unless we understand their reality, our work has no legs to stand on.”

This is often the case for a brand entering a new community. And this is something Heineken has recognized. Pubs don’t always contribute to communities in a positive way. In fact, they can be centers of violence, discrimination and alcohol abuse. But if healthy communities are important to any business, they are

important to a brewer.

So Heineken U.K. developed a new business model to enable it to interact more closely with those people at the heart of the industry: the landlords. They established a leasing scheme, under the banner Star Pubs & Bars, to support entrepreneurs in leasing and running their own pub – a scheme that has now reached over 1,300 pubs.

The idea is that these local managers bring their knowledge of the community – the music people listen to, the food they like to eat, the sports they want to watch or play – while Heineken offers training in management skills.

In 2013, the brand won both the Asda Enterprise Growth Award and a Business in the Community Award, recognizing the double win here – both for the future of Heineken and for the people it reaches.

This post contains edited extracts from the first chapter of The Brand Strategist's Guide to Desire (Palgrave Macmillan, 2014), Simpson’s book about the desire for community. If you’d like to win a copy of the book, write to us on Twitter @CSRwire or on Facebook describing how a brand has helped you to find something you desire. Make sure to include #BrandDesire in your tweets or Facebook post.