Ambitious or not, the new goals indicate a significant shift for the company as it figures out how to involve its consumers in its sustainability targets without compromising on its growth ambitions. 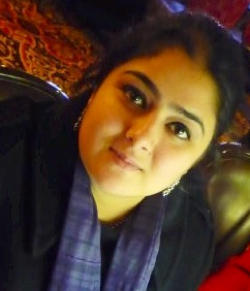 How do you continually increase your positive social and environmental impact while growing your economic bottom line?

It's a question that has many sustainability professionals preoccupied as global business returns to some sense of stability amid a rising urgency to curtail its footprint and address critical issues like climate change.

For technology companies, which are targeting emerging markets for growth and increasingly touting the efficacy of the cloud as a solution, this is a particularly precarious question. Peter Graf, chief sustainability officer at SAP, believes integrated thinking can help.

We're chatting live with Graf along with two sustainability heavyweights: BSR CEO Aron Cramer and CDP Executive Director Nigel Topping on April 11, 2014, at 8am PT/11am ET at #SustyBiz. [Got a question for our panel? Email me.]

But before that, here's some context.

In its second Integrated Report, SAP offered more context regarding its decision to shift to a cloud business model. The technology giant also announced it has started to power all its data centers and facilities globally with 100 percent renewable electricity as of January 1, 2014, which it predicts will help “eliminate carbon emissions caused by its customers' systems by moving them into SAP’s green cloud.”

Ambitious or not, the new goals indicate a significant shift for the company as it figures out how to involve its consumers in its sustainability targets without compromising on its growth ambitions. And according to Graf, switching to Integrated Reporting was important to help move the company closer to thinking in a more integrated manner about its business model, its impact and its long-term future.

As he stated in an interview last year, they didn’t have to change tracks. But it was time.

"We have been reporting on our sustainability performance since 2008. The report has grown in sophistication over the years and we even won several awards in the last two years for our report's interactive nature, etc. So technically, we could have continued on that road."

So how has Integrated Reporting helped SAP integrate its sustainability goals with its business strategy?

"One, it has brought business strategy closer to how we create value – our green cloud is a perfect example of that. Second, we have aligned the structure of our report with the IIRC framework, including new navigation that allows people to filter content according to different types of capital (ESG). We're also continuing to support the G4 framework and have become better at explaining the short, mid and long term impact of integrated reporting than last year," said Graf.

And how does SAP's performance stack up for 2013?

For one, as its business has grown so have its emissions and environmental footprint. "As a cloud company, we acquired Ariba and Success Factors but kept our budget stable to buy renewables, which is why renewables reduced [from] 51% in 2012 to 43 % 2013. It is clear that we want to put sustainability into the core of how we create value. So moving to 100% renewable electricity is a natural consequence of the shift of our business model into the cloud."

Retention is marginally down as is employee

"While employee engagement was slightly down by 2%, our overall score of 77% continues to represent an industry leading performance. We believe the small reduction is due to our shift in strategy to the cloud. The good news is that we have already taken steps to drive employee engagement up toward our goal of 82% by 2015."

Debating the Efficacy of Cloud

Which brought us back to the question of cloud computing. With mixed feedback from the media, how does the company explain the rationale? "The cloud has a variety of advantages. First of all, you achieve better economies of scale. The entire data center is shared between all customers using our servers, network, storage, etc. We have also been implementing a wide variety of energy efficiency measures, such as cold isle containment, more efficient hardware, and detailed energy consumption transparency," he said.

And because SAP now has a green cloud, the carbon emissions of its customers get eliminated.

How? By leveraging multiple routes to get to its goal of 100% renewable energy. "First of all, we are producing some of the renewable electricity ourselves in solar plants in the U.S. and Germany. Second, we are procuring renewable energy and renewable electricity certificates from a small, select group of providers." SAP is working with CDP and the WWF to determine criteria that the production of renewables the company acquires will have to meet. "Finally, we are producing carbon offsets ourselves by investing into the Lifelihoods Fund, an investment fund that literally plants hundreds of millions of trees and returns carbon offsets rather than financial returns,” he added.

From carbon credits to direct investment in renewables, SAP is implementing a comprehensive strategy aimed at taking advantage of all available avenues to reduce its negative impact. But Graf's emphasis on influencing end user impact also brings us full circle back to where we started: How can technology companies most demonstrably and positively influence consumption and development?

For Graf, it's about going back to basics – and embedding sustainability into the core of your

"Sustainability and growth are not contradicting. The problem is that most companies run a “sustainability strategy” in parallel to their corporate growth strategy. In such a setup, sustainability goals are often perceived to be in contradiction to growth aspirations. The trick is to evolve from having a sustainability strategy to a corporate strategy that is sustainable. It’s about taking a broader point of view, understanding the impact of decisions not only on financials, but also on the environmental or social capital of the company," he said, adding, "Any conversation of growth needs to be a triple bottom line conversation. "

So is the way forward for companies to decouple sustainability from growth? How can companies continue to grow and expand their business profiles—profitability—while reducing their negative impact? It’s a compelling conversation – and we'll be digging in tomorrow at 8am PT/11am ET at #SustyBiz!