Strays in Sochi: Death Camps in...

Strays in Sochi: Death Camps in the Name of the Olympics?

It is the ultimate irony that a quintessential venue for celebrating the human spirit has been turned into a killing field. 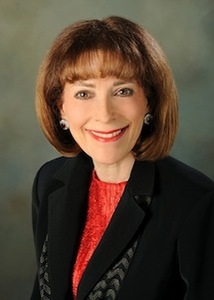 In this age of transparency and accountability, the dark is being revealed, no matter the issue. And so it has been reported by all the major news media: we have a dark and gruesome cloud hanging over the traditional celebratory atmosphere of the Sochi Olympic Games—the brutal mass extermination of stray dogs in Sochi.

The International Olympic Committee has done nothing to stop it.

These innocent animals were shot with poisoned darts that suffocated them and then thrown into waiting trucks to be disposed of as garbage, at a cost of $25 to $35 per dog. Many of the strays were pets, or the offspring of pets, abandoned by

families whose homes and yards were demolished over the past few years to make room for the Olympic venues. The stray population also increased due to being fed by construction workers in the Olympics construction projects.

Despite the global outrage and negative media publicity, the killing goes on. A few dogs have been spared, in a rescue effort on behalf of a charity called Volnoe Delo (“Good Will”), who was told: “Either you take all the dogs from the Olympic Village or we will shoot them.” The charity is being funded by Oleg V. Deripaska, one of Russia’s billionaire oligarchs, and one of the major investors in the Sochi Games. His modest $15,000 contribution has been used to construct an outdoor shantytown of doghouses on the outskirts of Sochi that now houses about 200 dogs. He also pledged $50,000 per year for operations.

The Sochi Olympics are costing Russia an estimated $51 billion, four times higher than the $12 billion cost Russia originally projected in 2007, and more than all the previous Olympic Games combined.

Sochi’s government budgeted $54,000 "to catch and dispose of" the strays, according to the official Russian website for open tenders. This amount could have instead funded the cost of several modest dog shelters for hundreds of dogs. Is it incomprehensible the Russian government cannot spend $200,000—0.004 percent of the Olympics cost—for dog shelters and a sterilization/vaccination program, not only to effectively address the problem, but also to save the reputation of Russia that Putin has strived to cultivate – that of a civilized and

Puzzling indeed, when Russia's news agency recently released photos of President Vladimir Putin frolicking in a snowy field with his dogs, Buffy, a Bulgarian shepherd, and Yume, a Japanese Akita Inu. For years his beloved black Labrador, Koni has been at his side, greeting world leaders.

This mass animal killing is not a new issue either, but this time it is receiving significantly more media attention. Some may remember similar “crimes” were committed for the Athens and Beijing Olympics. In 2004, Greek authorities ordered the poisoning of 15,000 stray dogs ahead of the Olympic Games in Athens, desperate to show the world their country is “modern and civilized.”

And this in a country where poisoning animals is a criminal offense.

Death Camps in the Name of the Olympics

On a more egregious and insidious scale, in 2008, for the Beijing Olympics, China's leaders convinced Beijing inhabitants that cats were a serious urban health risk, and ordered culling an estimated 500,000 cats to ensure that the capital city appeared clean, green and welcoming during the Olympics. This time, the animals were thrown into crowded, filthy “death camps” with no food or water and left to suffer a slow, agonizing death.

The real paradox and senselessness of this brutality is that this kind of “extermination” does not solve the problem even in the short-term while doing nothing to address the long-term problem. Humane Society International (HSI) and other well-known and well-funded animal welfare organizations have worked with thousands of organizations and governmental agencies worldwide to address this issue in a scientific, humane and cost-effective way, using mass dog sterilization and vaccination programs that successfully control the stray population and eliminate the risk of rabies.

other organizations, with the cost potentially funded in whole or in part by private donations. Then why did the Russian and Sochi governments refuse to take an intelligent approach? And will this be repeated in Rio de Janeiro in 2016?

It is not too late to speak up and even to contribute to save some of Sochi’s dogs. Further, the International Olympic Committee and Rio de Janeiro’s governmental officials need to hear from concerned citizens. There is no time like the present.

It is the ultimate irony that a quintessential venue for celebrating the human spirit has been turned into a killing field. We must speak up. The integrity and respect of the Olympic Games, the lives of thousands of innocent dogs and cats, and the dignity of the human spirit are at stake.

It is time to eradicate the darkness, and it is in our power to do so, so let's act. Now.