Bobby Fuller or the Dead Kennedys:...

Bobby Fuller or the Dead Kennedys: Who “Wins” if the SEC Loses on 1502?

If they succeed, attempts by business groups to overturn the SEC rule on conflict minerals could come back to bite their members. 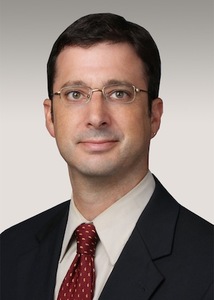 The classic song “I Fought the Law” has been played by dozens of bands. Originally written in 1958 by a member of Buddy Holly’s band The Crickets, the 1965 version by the Bobby Fuller Four is the one most people know. In the original tune, when the singer fights the law, the law wins.

In 1987, the legendary punk band the Dead Kennedys redid the song. And, as it should be in a good punk song, it is the singer who wins.

This question of “who wins” when fighting the law (or, a law, in this case) came to my mind when reading the various stories about the recent D.C. Circuit Court of Appeals arguments in the litigation challenging the SEC’s rule implementing Section 1502 of the Dodd-Frank Act related to conflict minerals (if you need a summary of the rule, an SEC fact sheet is here).

Given the broad impact and enormous projected compliance costs, a number of trade associations sued the SEC in October 2012 to overturn the rule, arguing among other things that the SEC regulations underestimated compliance costs, improperly failed to include a de minimis amount of these minerals, failed to consider fully whether the rules would actually benefit the DRC, and violated the First Amendment by compelling speech through certain public disclosures.

In late July 2013, U.S. District Court Judge Robert Wilkins granted summary judgment in favor of the SEC. Although Judge Wilkins acknowledged that the many of the Plaintiffs' arguments were reasonable—for example, there may well have been a de minimis threshold that the SEC could have implemented— he found that the SEC's decision to act otherwise was not “arbitrary and capricious,” which is the operative standard in reviewing agency conduct.

Finally, and perhaps most importantly, Judge Wilkins held that the SEC was not required to demonstrate conclusively that the rule would meet its stated humanitarian objectives, but rather could rest on

The Plaintiffs appealed this decision, and it has been widely reported that the oral argument held in early January potentially revealed a skepticism among the Circuit Court judges. In particular, according to one detailed account of the hearing, two of the judges focused especially on the First Amendment implications of requiring companies to post information on their websites concerning whether minerals in the supply chain “may have originated” in the DRC or a neighboring country.

But what really happens if some or the entire SEC rule is set aside?  Even if the impetus for the lawsuit is more than understandable, can it be called a win for those who fought the law (or at least the regs)?

There are undoubtedly real questions about the process through which 1502 became law and some of the ways in which it is drafted, and I do not question here the merits of the arguments against 1502.  But almost no one expects the court to overturn the entirety of the provision; it will only be the implementing regulations that are impacted, thereby sending the SEC back to the drawing board and taking all of us back to the situation pre-August 2012, when we had a law but no specifics as to how it should be implemented.

With 1502, as with any new regulatory system, if one looks only in the short term, then of course the costs will far outstrip any gains. But looking at 1502 as a short-term piece of legislation is to miss both its point and potential benefits, for the people and miners upstream and thousands of companies downstream.

And if those benefits are set aside for another undetermined period, it is not clear who really wins. I guess we’ll have to let Bobby Fuller and the Dead Kennedys figure it out.