In this series we tell the stories of real Game Changing Entrepreneurs and how they pursue and pull off seemingly impossible feats of change through their business practices. 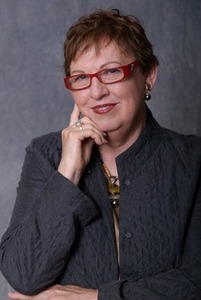 The entrepreneur’s path is to build and grow a business with the intention to make fundamental changes well beyond being a good business itself, or even ensuring the values embedded in its way of operating are right. Big Promise Entrepreneurs (BPEs) pursue “keystone” actions to change industries, social systems, cultural paradigms and governance infrastructure.

In Cheryl Contee’s story, featured in the last post, we saw how a realization entrepreneur can awaken an awareness to reshape a dysfunctional system into a cradle-to-cradle, or circular, model. But, now, we’ll entrepreneurs who shift cultural paradigms: “Reciprocity Entrepreneurs” – those whose primary goals are focused on holistic balance—to

make clear how interdependent we are.

The media often presents conflicting views so as to appear as giving a picture of the whole. But since they are, in fact, presented as competing views, they fail to serve as windows into what would actually make the story whole.

We’ll be exploring the reciprocity entrepreneur archetype through the lens of Annalie Killian, who is the Director of Innovation, Communication & Social Business at AMP Ltd. Killian helps people break out of their entrenched financial paradigms to see that they are part of a world that is larger, more complex and more interesting than finance alone.

Killian started her career South Africa in 1987 at the mining and energy company BHP Billiton. She was tasked with introducing Quality Circles – a Japanese-invented management approach – to the aluminum smelter operations.

She was mindful of the political milieu in South Africa at the time, when the nation was undergoing intense change during the lead-up to the release of Nelson Mandela from prison. In her new role, she became increasingly aware of the aspirations of the mostly black employees she was working with, who had endured a long history of exploitation in the workplace. Simultaneously, she was appointed to a regional election council leading up to the first free elections.

Annalie set out to convince the white company leadership that it was necessary for the new black leadership to succeed so that everyone could succeed. As a white woman, she at least had a voice, but she was working against the established paradigm. Over the next year, she shifted generations of cultural beliefs that seemed too entrenched to move, helping her company and enabling it to help her country.

Shifting Focus from Product to Community

As part of this pursuit, Killian convinced Billiton Aluminum to its shift focus from productivity improvement at the plant level to capacity building at the community level. The company was in the middle of building the largest new aluminum smelter in the world and had constructed a work camp for the 35,000 laborers needed on the project. Annalie saw a major opportunity for the company to anticipate and prepare for the end of apartheid, and she convinced management to completely rethink how to use this camp and facilities at the end of the project as an engine for community development.

The original plan had been to tear it down and sell it for scrap once the smelter project was completed. Instead she proposed it be repurposed as a community college campus and small business incubator. Her ambition was to grow the economic, educational and self-governance skills of the black population so they could flourish in the new South Africa, thereby ensuring a peaceful and prosperous transition for all.

Members of the local community were given extensive training in re-purposing the buildings as schools in communities that had no school facilities, earning construction worker

qualifications in the process.

The high profile nature of the project attracted participation from a “United Nations of NGOs” working throughout Zululand, many of whom eventually established permanent offices onsite in an NGO-filled office park. Ultimately, the management of the camp was turned over to a locally established non-profit governing entity that has continued to manage it as a community resource and has rented space to a wide variety of NGOs and businesses to ensure its long-term viability.

One can readily see Annalie Killian’s ambitious way of working on “wholeness.” In South Africa, she helped BHP Billiton change itself and the world by seeing itself as helping a new nation as it came into existence; and in the process, confront and transform the unconscious patterns that had helped to disenfranchise the majority of its countrymen. Her ideas allowed the company and the community to use building a new plant as an opportunity to help build a new nation.