Leveraging the Against Position: How Two...

Leveraging the Against Position: How Two Leaders Are Driving Sustainability 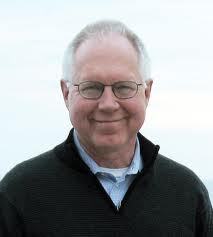 Most articles work up to a conclusion, but the conclusion of this article is right up front, stated by Gavin Newsom, former San Francisco Mayor and current Lt. Governor of California, in his keynote address at the California Economic Summit: "You can't continue to do what you've done and continue to get what you’ve gotten."

As my last post pointed out, the results of the Accenture CEO Sustainability Survey were recently reported at the tri-annual UN Global Compact Leaders Summit in New York City. Included in that survey were quotes from CEOs expressing concern about the mediocre progress most corporations are making in addressing issues of sustainability. That lack of progress is causing CEOs across nations and industries to lose confidence.

"CEOs see business caught in a cycle of ‘pilot paralysis’ – individual, small-scale projects, programs and business units with an incremental impact on sustainability metrics – and while they see a role for business in promoting sustainable development, their responsibilities to the more traditional fundamentals of business success, and to the expectations of markets and stakeholders, are preventing greater scale, speed and impact."

the societies that in turn give them life, creating the virtuous cycle on which all success is predicated. Interest in this SocEnt innovation source revealed itself in 2012 when “Social Entrepreneurship & Social Innovation: Not the Same Thing” became the second most read blog post on Talkback.

Although that post dealt with the comparison of for-profit (or hybrid) social enterprises with non-profit social innovation, two of the key parameters from the article offer opportunities to innovate and drive sustainability for all organizations:

In branding, claiming the against position means using a competitor’s dominant spend and mindshare to carve out an anti-space—the “Uncola” for example.

Social entrepreneurs are quintessential against positioners. At the New York Forum on Africa held in Gabon, Professor Yunus stated it clearly: “I looked at how traditional banks do business and we did the exact opposite.”

Jason Saul of Mission Measurement exhorts funders to stop thinking about giving to charities and shift to buying impact.

Successful social entrepreneurs create business models where measurement is integral to the normal course of solving a challenge. This one innovation actually can make the difference between a profitable and a non-profitable model.

Social enterprise models have to operate in low resource environments, and they have to scale without big capital investments. These are two of several reasons why they must do the opposite. Several of the most profitable global scale successes have followed low fixed cost scaling. Google as the prime example through their data center in a container model – doing the opposite can happen in many different ways.

The Against Position: Doing the Opposite—Hauling Assets

Steiner outlined how the company faced increasing pressure a few years ago with the emphasis on low or zero waste. Many Waste Management executives felt that advocacy was an attack on their raison d’etre. Many chose fighting environmentalists as the way to execute the corporate reinvention that was required. A lack of vision was demonstrated by previous management, as they spent more of their time cooking the books than creating the recycling and renewable energy recipes that now power the company.

Taking the opposite approach in less than two decades, Waste Management has been transformed into the largest environmental solutions provider in North America, serving more than 20 million customers. In their own words, Waste Management is “committed to developing new waste solutions that can help communities and organizations achieve their green goals, including zero waste.”

According to Steiner, Waste Management produces more renewable energy than the entire U.S. solar industry and has converted 134 landfills into wildlife refuges.

The company’s future was transformed when they realized that billions of dollars in value were locked up inside their “collection and transfer vehicles” and begin to shift significant resources to realizing that value. Doing the opposite has also resulted in Waste Management being named to Ethisphere’s World’s Most Ethical Companies for six consecutive years. They will continue to “develop strategies to extract value from waste, which both minimizes our environmental impact and saves our customers money,” said Steiner as he accepted the most recent award.

Expanding SAP’s tag line from “Run Better” to “Make the World Run Better” did not begin in the marketing department. The beginning of the thinking is represented in this statement from a September 2010 interview with Peter Graf, named SAP’s first CSO (Chief Sustainability Officer) the previous year:

What is SAP's sustainability strategy?

“As we started to develop our own sustainability approach, we found that software tools weren’t very well-developed to gather and collect information as part of a business process. There were no links to common master data, no organized workflow and little built-in reporting standards. So we identified several different opportunities to create or improve existing tools. As a result we established our ‘enabler’ strategy to help customers use software to become more sustainable, and make it much easier to track and report progress, allowing for more time to focus on improvement.”

As Peter Graf shared at BSR, the initial conversations around sustainability did not yield immediate resources to implement the full Global Reporting Initiative standards. “Not interested” was the more common stance. But Graf saw a different vision of the future. His insight was that no software company could help the world’s big companies “run better” if they could not show them how to run

Fortunately SAP’s customers were seeing the same things. It came in pieces at first, in managing product safety, traceability and energy management. With a CSO in place, SAP had a focal point for role model awareness and shared their approach with their customers. As customers bought in, resources flowed, schedules were met and standards were adopted. Sustainably managing the business became an integral part of running better.

“On Monday we are publishing our very first integrated report, which means we do not report our sustainability performance separately from our annual report. Instead, we are creating one online experience that documents both our financial and non-financial performance in 2012. This allows us to explore the connections between our financial, environmental, and social performance. We see this as a big step in our journey to move from having a sustainability strategy to having a corporate strategy that is sustainable.”

As Newsom pointed out, we can't continue to do what we've done. Sustainability is a must, and these two leaders show how to shift, scale and drive corporate sustainability.