The Failure of Fiduciary Duty: A...

The Failure of Fiduciary Duty: A Ready-to-Use Corporate Umbrella?

Companies that use the excuse of "fiduciary duty" to avoid good corporate behavior aren’t serving their investors well. 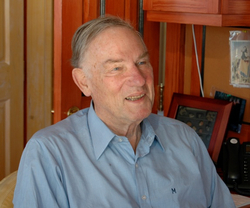 It used to be that the relationship between a stockowner and a company was clear. You invested money, managers ran the business within the laws of the land and you got a return when the company did well and got none when they didn’t.

Now, the machinations of corporate law and fiduciary duty are so byzantine that it’s impossible for an owner to truly know what they own, how it is managed and what their rights are. Indeed, company managers – manager kings – like it that way. Most individual shareholders are marginalized by the complicated and expensive requirements to be activists and most fund trustees avoid activism because it creates so many conflicts of interest that they give up trying to disentangle themselves.

Remember when you’d put Silly Putty on the Sunday color comics and the image would be transferred to the Silly Putty? Then you’d stretch it and re-stretch it to distort the image until finally it was no longer recognizable. That is where we are with fiduciary duty.

What’s the Scope of Fiduciary Duty?

Fiduciary duty usually comes up when companies want to justify an action that is likely to be objectionable. We are obligated to get the biggest profit, the biggest return for the shareholder, they say. And they are. That is what we, as investors, want. That is why we invest.

Does getting the biggest return have to conflict with our social and moral values?

Are there less tangible returns that we want, as well? Are well-paid, healthy workers of value to us as shareholders? Do we get anything from companies that reduce their environmental impact? Or, what is it worth to us to have companies that pay taxes and support the communities in which they operate? I assume that for many of us, these are important issues. That is what ESG is about, what the current divest movement is about and what socially conscious investing is about.

Corporate managers often go to extremes to protect corporate profits – even when doing so might not be the best for investors. What do I mean?

Well, if a company avoids paying taxes those taxes still have to be paid or we suffer the consequences of cuts to schools, cuts to our social safety net and cuts to other things that we as a society have decided we need. Either we make up the amount with higher taxes or we have to deal with cut backs to our infrastructure. So, maybe shareholders get a few more dollars but in the end are they going right back out the door to make up for the lack of corporate taxes or the lack of services we need?

We’re constantly told that companies can’t compete when they follow the rules. When corporations say that taxes are too high and shareholders returns may be smaller if the full tax is paid they may be right. If a company is paying its full share of taxes in our country returns may not be quite as high. But we have to choose when and how we pay. Fish or cut bait, as they say.

Executive Pay Off The Table. Taxes, Too

You know what is never up for discussion? Executive pay.

High taxes or low. Big profits or not. It doesn’t matter because management pay is never under the knife. And no matter how much return you’re getting from a company through your 401(k) or IRA or whatever, you’ll never see the kind of money they make in one year.

In fact, a top law firm in the U.K. just found that, “It is not possible to construe a director's duty to promote the success of the company as constituting a positive duty to avoid tax.” It sounds so simple – why would anyone think that fiduciary duty includes avoiding tax or breaking laws? I don’t think

most citizens or even most investors think this. I’m not even convinced that they really think this in corporate boardrooms.

“I believe we have a duty to serve our customers well.”

Beautifully vague. And that is what fiduciary duty has become.

Shareholders need to address this. Big and small, whether we are individual investors or we invest through funds, we must be clear about our expectations as owners. But let me be clear: good corporate behavior and good shareholder returns are not incompatible.

We know this and we have to stop buying into the old idea that you can’t make money and be good. We can and we must.

Want to win a copy of Citizens DisUnited: Passive Investors, Drone CEOs and the Corporate Capture of the American Dream? Join our News Alert and send us a note at editor@csrwire.com with the subject line titled "Citizens DisUnited"! We'll announce the four lucky winners in our Daily News Alert on Monday, September 30th!