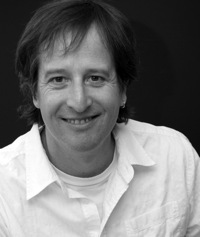 Q: How do you know David Copperfield is a good magician?
A: Well, he got Claudia Schiffer to marry him. That's one heck of a magic trick.

Groans aside, this old saw takes us to the heart of a real puzzle. How do you inspire people to do what you want? It's a subject I'm passionate about. After all, I've made my career as a persuader. And though I haven't found the Holy Grail, I've come close. I'd like to let you in on some tools that have helped me radically improve the effectiveness of my communication. Hint: advertising isn't the answer.

I was trained as an advertising copywriter in the glory days of TV, print, poster and radio. I loved creating ads. But strangely, I didn't like looking at them. They simply didn't get me or where I was coming from. Nor did they appeal to my family, friends or folks I met who wanted to know what I did for a living.

I thought it might have had to do with lackluster insights. Which was why I was so excited to move into green advertising a few years back. Finally, I had a message that would inspire action. Buy X, save the world. Wrong. As GreenBiz executive editor Joel Makower brilliantly wrote, eco-friendly brands have performed anemically at best.

Social Media? Nope. A few years ago, I was invited to speak about the connection between social media and the environmental movement.

Digging deeper into this new form of communication, I felt fresh hope. Unlike old school advertising, social media listened to consumer conversations and injected brand messages in ways that actually added genuine value. It seemed to be a tool that could break through consumer resistance and create real action.

Well, not really. Alas, digital friends or fans weren't the real thing. They may like you. But they wouldn't help move your furniture. Social media was a terrific tool. But there was still something missing.

Happily, over the course of the last two years, I've stumbled onto three answers to the elusive question of how to make people actually do things.

The first came from Simon Sinek, who speaks about why some leaders inspire action, while others do not. He illustrates his point with what he calls the golden circle, an illustration that moves us through three concentric circles from rational communication to the emotional, movement-creating world of beliefs. His observation demands more explanation than this column can provide. But suffice it to say, it helped me understand why some messages make us nod in approval, while others make us jump into action.

The next answer came from Catherine Greener. Greener believes we can only get people to act by creating a bond of empathy with them.

She shared a story to illustrate. Her team was called in to consult on sustainability for an auto manufacturer. Walking the shop floor, she noticed a bin clearly marked "aluminum cans only." But inside the bin was garbage, wrappers and plastic.

The problem wasn't signage or the proximity of bins for other forms of garbage. It was lack of empathy between management and the shop floor workers. So how did she create a bond to inspire positive action? With a simple sign above the aluminum can bin that read (and I paraphrase):

The recycling bin filled right up – all because of a sign that demonstrated empathy with the shop workers' priorities.

John Marshall Roberts provided the final inspiration I want to talk about today. His answer to the elusive "do" comes with understanding worldviews. Worldviews are, quite simply, the way different people perceive the world based on their nature, their surroundings and their upbringing. A host of worldviews have evolved over time. But today, four seem prevalent. If we understand these four worldviews, we'll be much closer to crafting messages that create motion.

The first worldview is Absolutistic. Absolutists seek order, have strong faith in a greater power and believe in sacrifice today for heavenly rewards. It's the predominant worldview of the politically conservative and religiously devout.

Next comes the Opportunistic worldview. The Opportunist regards the world as a game they're smart enough to win at. They believe they're justified in taking advantage of those who don't understand the game. If things get ethically uncomfortable, they talk about ends justifying means. Opportunists enabled the great wealth of the 20th Century. They're personified by entrepreneurs like Donald Trump.

Opportunists may be terrific at creating wealth, but they're often spiritually unfulfilled by that achievement. This spiritual void led to the next evolution – the Humanistic worldview. Humanists believe there is more to life than money. They recognize the karmic importance of treating others well. You'll find humanists among the ranks of hippies, liberals and New Agers.

From the Humanists and Opportunists evolved the final worldview prevalent today: Systemic thinkers. Systemics believe everything in the world is interconnected. Like Opportunists, they see through the veil of money. Like Humanists, they understand there is a connection between the happiness of others and their own happiness. And a new twist: they regard environmental sustainability as key to their own success. Think Barack Obama or Richard Branson.

I'd invite you to delve deeper into the teachings of Simon Sinek, Catherine Greener and John Marshall Roberts. They've provided me with tools I use every day to help clients craft more effective messaging.

Of course, I'd be happy to provide insights to help you along as well. Simply email or tweet me. It would be wonderful to know this message helped you do something positive.

Note: A version of this article was originally delivered as a speech at a B.C., Canada government conference May 13th, 2011 and also appeared at Fast Company.

Marc Stoiber is a creative director who helps clients build resilient, futureproof brands. He writes on the subject for journals like Huffington Post and Fast Company, in addition to speaking at conferences around the world.