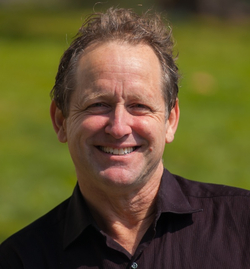 Called a “master of environmental entrepreneurism,” Bill Shireman has over 20 years of experience developing and implementing programs that align the interests of major corporations and their stakeholders. He develops profitable business strategies that drive pollution down and profits up.

As President and CEO of the Future 500, he helps the world’s largest companies and most impassioned activists – from Coca-Cola, General Motors, Nike, Mitsubishi, and Weyerhaeuser, to Greenpeace, Rainforest Action Network, and the Sierra Club – work together to improve the profits and performance of business.

Advocating technology as a driver of green growth, Bill has led the development and deployment of these and other tools, at diverse companies in Asia, Europe, and throughout North America. While CEO of the largest state recycling lobby in the U.S., he wrote California’s bottle bill recycling law, shown by EPA and academic studies to be the world’s most cost-effective. He advocates market-based environmental policies – contending they can be more effective than many command and control laws.

In 2002, with former Mitsubishi CEO Tachi Kiuchi, he wrote the popular book, What We Learned In The Rainforest — Business Lessons from Nature, featured in the Harvard Business Review, which declares the business-as-machine era over, and shows how companies can become as innovative as the rainforest, leveraging feedback to grow more profitable and sustainable than ever.